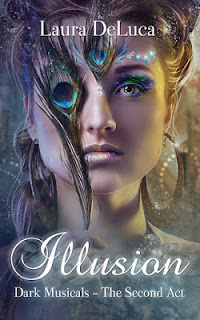 When we last met Laura DeLuca's character of Lord Justyn Patko and his now wife, Lady Rebecca Hope Patko, they were appearing in a summer theatre version of Hyde. They had their fair share of drama to get through before the happy ending and the birth of their son, Erik.
Now, some 8 years later, the couple have just completed a successful Broadway run of The Phantom Returns the sequel to Phantom. Set in Coney Island and filled with elaborate sets and costumes, the couple had been acclaimed as the embodiment of the characters. Passionately in love in real life they bring that extra dimension to the Phantom and Christine on the stage.
So famous were they that they have been invited to take the show to Australia. Two theatres were after the couple. Justyn  and Rebecca weigh the options and decide to grace the smaller venue, the Queen's Theatre in Melbourne, with their presence. The theatre had been after the couple for years, and have now made them an offer they can't refuse... they would like Erik to play Christine and the Phantom's son, Gustave. Highly talented and an equally adept musician, Erik is perfect for the role.
Before they leave, Erik has a nightmare. Could it be a premonition? Rebecca also worries that she may be aging out of the ingénue role and that some other Christine might take her place beside her beloved Justyn. Could she live with that? And what of Justyn's hoping to expand their family?
Illusion brings the Queen's theatre and its cast and crew to life and we shall soon see what lies in store for our favorite couple and their son in this thrilling first of a new series featuring Lord Justyn, Lady Rebecca and Erik. Personally, I can't wait to see what awaits them next! 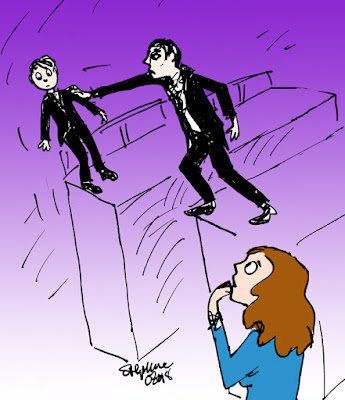 Posted by Stephanie at 9:02 AM