Winners and Losers: "Why Would I Lie?" by Adi Rule 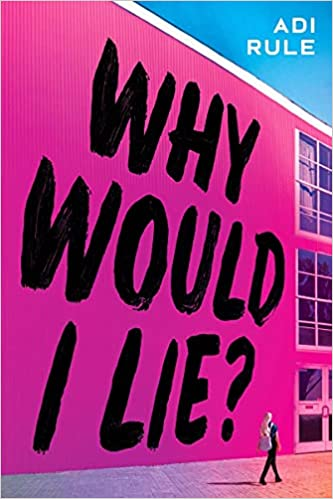 Viveca North is smart. And she has an unbelievably strong focus and work ethic. These things took her from her town High School to the more upscale, elite school where she is on track to becoming valedictorian. The highest honor a school bestows and those two things might make it possible to go to her dream college. The one her mother had gone to.

Meanwhile, she has to make it through Senior year. She has a wonderful friend, Wren, who is a theatre kid and a comics geek and has so many friends, that Viveca can't help but be drawn into this crowd, despite feeling like a loner the rest of her life.

All looks good until the arrival of a new kid. Jamison Sharpe. A blonde Adonis with a back story and creds that make him the new center of attention at Elton Prep. What is it he said to Viveca, on first meeting her, that makes her take a closer look at this super star? Something about being on line to be valedictorian at his previous school. The one in Paris.

From this first meeting, author Adi Rule draws us into the story and we watch, well read, everything  Viveca has to deal with. Her home life is far from perfect. Her father is a man who likes to make himself seem more important to everyone on the outside, especially to his girlfriend, even if it's at the expense of his own daughter. And there's her suspicions about the ever charming Jamison Sharpe. Is she right to question his integrity? And why have so many of her classmates joined his ever growing fan base? Is it jealousy,  or is something sinister going on?

Viveca's not perfect, and she often acts before thinking things through, sometimes impulsively ignoring Wren's advice. Despite her flaws the reader is on Viveca's side! Will the future she fought so hard for slip away while Mr. Sharpe continues to climb? Get a copy of this riveting story! It will keep you up all night worrying about Viveca until you find out how it all plays out! Thank you to Edelweiss/ Above the Tree Line for the DRC! 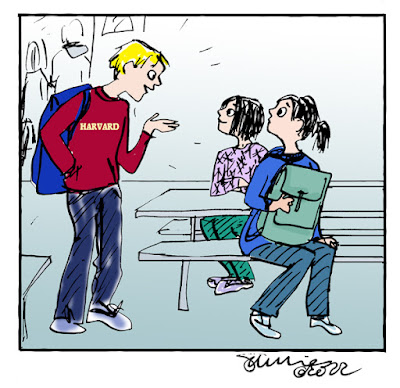 Posted by Stephanie at 3:54 PM No comments: