Let Me Be Your Shelter: "Unconditional" by Michelle Rodriguez 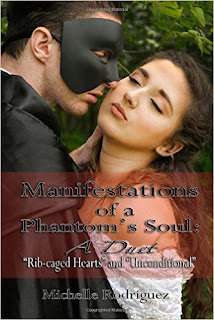 In this second novella of Manifestations of a Phantom's Soul: A Duet by Michelle Rodriguez (with that dreamy cover by Jessica Elizabeth), Erik has been trying to live with his decision to let Christine go to live a life he thought she wanted, a life with Raoul. But, second thoughts have him trailing leads to finding her. Every time he'd gotten close, it seemed they would disappear...but now he has found her again. Secreting himself inside the house where she and Raoul are holed up, he hides behind the curtains and finally reveals his presence to Christine, his beloved. Will they live happily ever after, now that they are together again? But, wait, something seems to be wrong with this picture. Christine is pregnant. With his nemesis's child, no less. Before he has time to make sense of it all, Raoul enters and Erik disappears back to his hiding place where he  witnesses an encounter between the two. Raoul demanding Christine not sing in his house or anywhere else as singing and music were the devil's tools. Will Christine never sing again? Is this the end for our two star-crossed leads? Or the beginning of a very different future for the two of them. And is there room for a third in Erik's vision of how life should be if, and when, he has Christine back to make beautiful music together. Get a copy of Duet and see where Unconditional will take you. 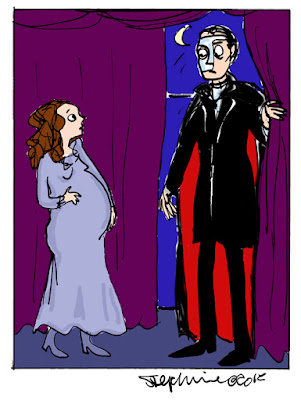