Stranger in Paradise: "The Sultan's Favorite" by Anne Burnside 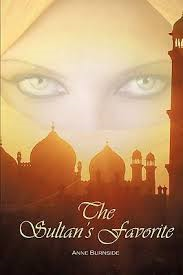 Romance, intrigue, murder... when you start with a hero like Erik you are bringing a lot of baggage to the table. There are a lot of loyal Phantom Phans out there who want authors to stay true to Erik's character and I want to say The Sultan's Favorite, by Anne Burnside, delivers! Erik is back working for an Eastern ruler, (remember the shah of Persia and those rosy hours of Mazenderan?),  this time a sultan , the ruler of the Ottoman empire. Erik has distanced himself from Paris and his loss of Christine to Raoul, though he still feels angry and hurt, and throws himself into his passion for architecture by designing the sultan a magnificent palace.
This sultan appreciates Erik, and accepts his quirks, and the mask he always wears and even his bad tempers, because he sees the genius behind it. Though their cultures clash, the sultan often tries to show his appreciation by offering Erik select girls from his harem. Which Erik disdainfully declines, often to the relief of the girls who cringe from his mask.
Things seem to be going smoothly, Erik getting along particularly well with the sultan's first wife, not so well with wife # 2. Then, surprise! The sultan is taking on a new wife, # 3! This is Alexandria, the widow of a friend whose kingdom he will now be ruling, and taking on this young woman will secure his place with the subjects of that kingdom.
Alexandria was the ruler's only wife and he adored her and educated her and never resorted to a harem or concubine, as he wanted only her by his side. The sultan develops a fondness for Alexandria, who then becomes the Sultan's Favorite!
Erik is tasked with working with Alexandria to design her suite at the new palace, something Erik does not relish. Or...does he? She is smart and lovely and... well read. She is also lonely and in need of a friend, someone who will appreciate her for her mind and not just her gorgeous body.
Ms. Burnside has created a world you can lose yourself in . I adored her Erik and the many sides of him she portrays in this lavish and sensual  novel. And Alexandria is every bit as captivating as Christine. There are alliances you never expected and surprises along the way. The Sultan's Favorite is a great addition for any Phan to add to their library, and one that might become one of your own favorites! 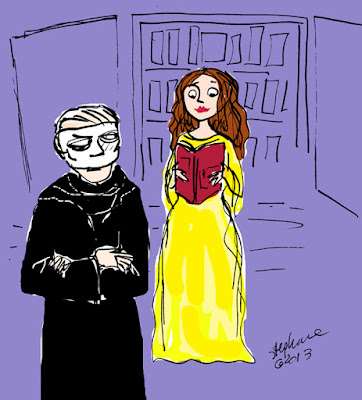 Skulduggery Pleasant, the Author, the Artist and the Very, Very Good Narrator 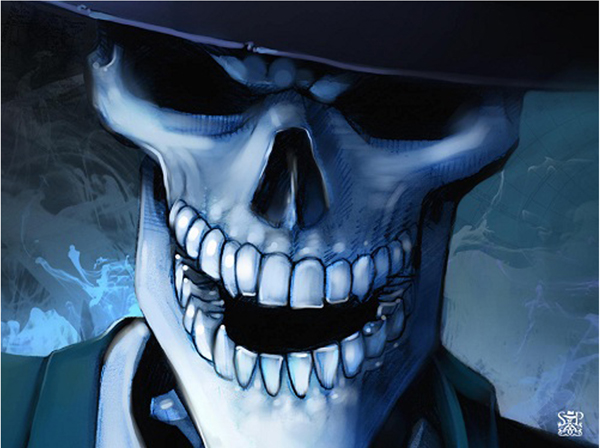 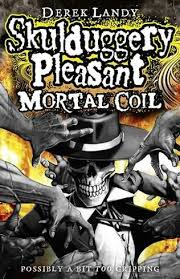 Working at the library I've checked probably thousands of things in and out and standing out amidst all those books and movies and magazines and what not... there were a series of books that grabbed me. The covers said "read me". The covers were delightfully animated looking and nicely designed and featured a rather dapper skeleton. This was Skulduggery Pleasant. But taking on a new series seemed daunting! My co-worker, Emily, suggested John and I listen to the audio-books. She said the narrator was amazing. We were going on a road trip and listening to a book seemed like a good idea to pass the time, something John normally doesn't agree to as he says it makes him drive off the road.
On our way to our destination we started listening and let me say, the narrator IS amazing!!!  His Skulduggery was exactly perfect! As was his Stephanie / Valkyrie and all the numerous other characters that make up the world created by fabulous Irish author Derek Landy. John and I were so addicted that we have been inter-library loaning (Thanks, Donna!) any of the series on audio we can get. I had to buy # 4, Dark Days...as no other library around seemed to have it. And WHO was this brilliant narrator? His name is Rupert Degas and he and his voice have been all over the place from acting, to voice overs, to  winning awards for his audiobook narrations! Here, listen to this snippet from Youtube (credit below) and see/hear for yourself!

(Rupert Degas reading from book 2 from Youtube: uploaded by DontGivinGaDanm )
For some reason, there is a change in the narration of Skulduggery with some of the later books, but we aren't there yet, so, we'll see how that goes. 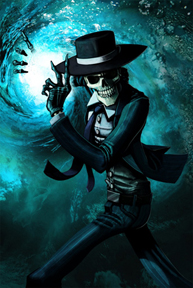 Back to the covers, they are the brilliant creations of illustrator Tom Percival.
I am completely in love with his interpretation of Skulduggery (and with Rupert Degas's Skulduggery voice!). I have only one question... no t-shirts? No prints? I would love a Skulduggery shirt or even a watch! There's a market out here, guys!
Mr. Percival is SO good... it was a bit intimidating to add an illustration to this review, but since that is what I do with books I LOVE, below is my interpretation of Skulduggery, Tanith, Stephanie (perfect name for a super heroine!) and China Sorrows. 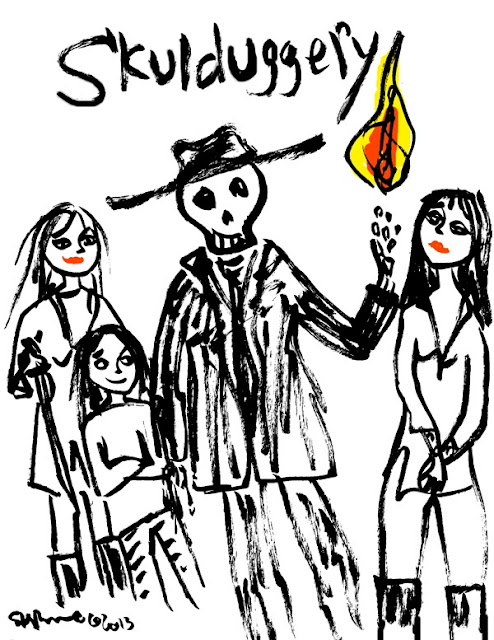 Posted by Stephanie at 12:33 PM No comments: 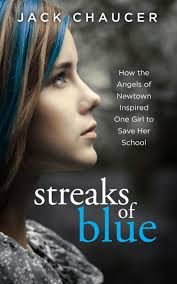 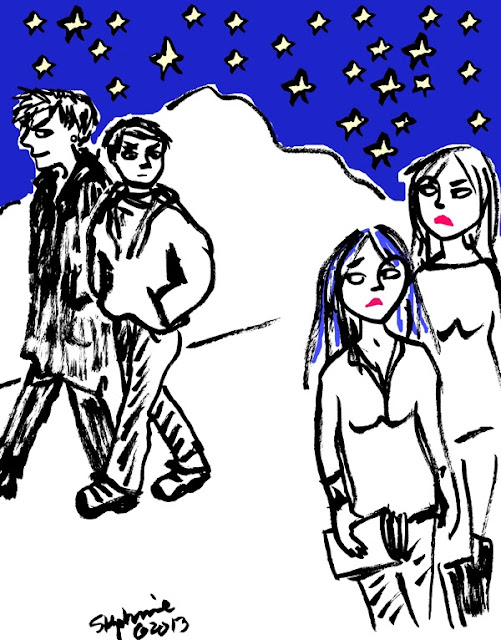 Posted by Stephanie at 4:58 PM No comments: 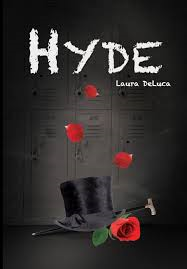 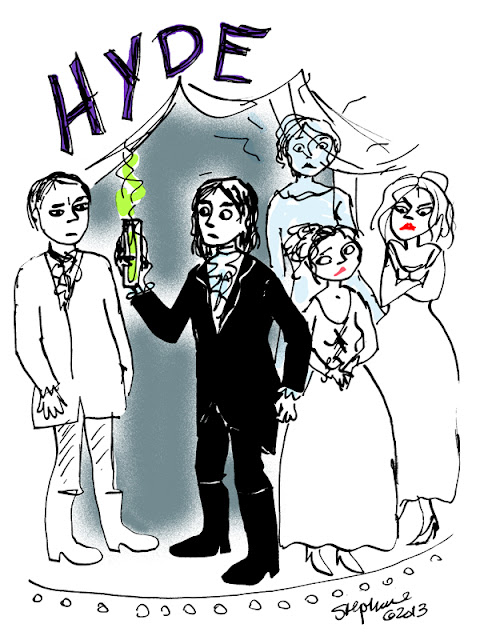