Dancing in the Dark: "The Girls at the Kingfisher Club" by Genevieve Valentine 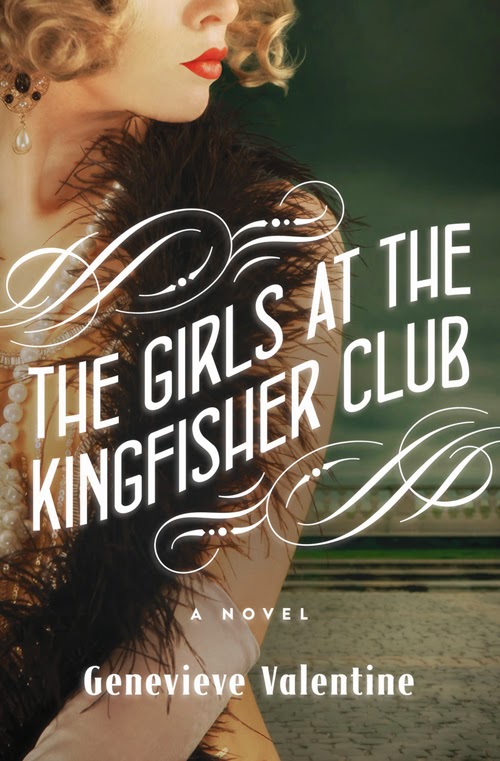 It's midnight. All over 1920s New York the speakeasies are hopping and girls are letting themselves go wild with this new liberation of shorter hemlines and shorter hair. The wildest of the girls are the 12 beautiful Hamilton sisters. No one knows their real names or identities. They just call them "Princess" when they want a dance. They don't know they're sisters or that they have been kept virtual prisoners by their wealthy, tyrannical father who wanted a son and hid the girls away in the upper floors of the house, one at a time and occasionally in twos, as there are two pairs of twins in this long line of sisters.
Governesses have come and gone. No one has seen their mother in ages. Jo, the oldest sister, had the rare treat of going to the movies and came back with the idea to teach the girls, the older ones, anyway, how to dance like she saw in the film. This releases all the pent-up energy the girls have been holding back and they begin sneaking out at night and exploring the night life. Before long 12 girls wait for the magical words "Cabs leave at midnight" and they arrive at their true home, the Kingfisher Club.
This is a book that captures all the vibrancy of a night on the town. the author, Genevieve Valentine, takes the old fairytale of the Twelve Dancing Princesses and turns it into a new classic. She brings the 20's to life and captures all the desperate urgency of these girls to live and love at top speed during those magical midnight hours. Jo, in particular, is a marvel. Called the General by her sisters, she can keep a cool head and organize their escapes night after night, year after year. There are tense moments, heartbreak and bravado. If you're looking for something different to while away a summer afternoon with then grab a copy of the The Girls at the Kingfisher Club and keep your dancing shoes handy because you just might feel like climbing on the nearest table top and dancing the night away with Jo and the girls! 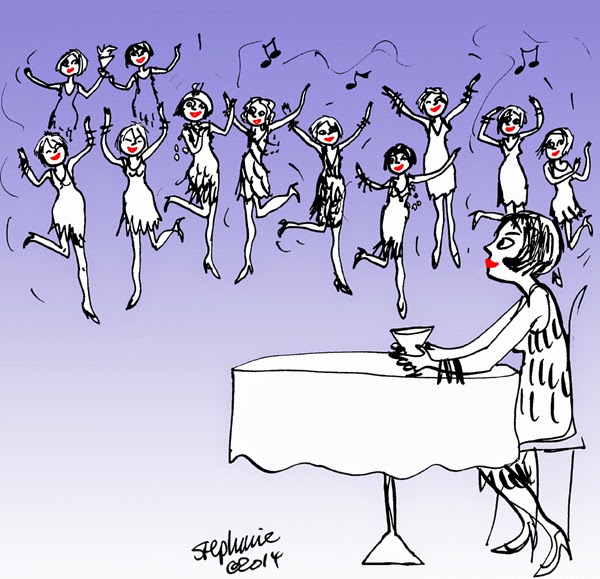 Thanks to NetGalley for the review copy!
Posted by Stephanie at 5:42 PM No comments: 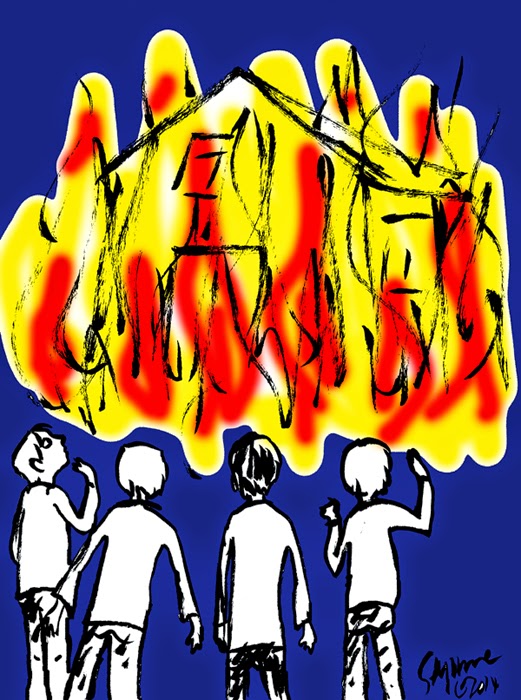 Posted by Stephanie at 10:11 AM No comments:

Music of the Night: "Strange Sweet Song" by Adi Rule 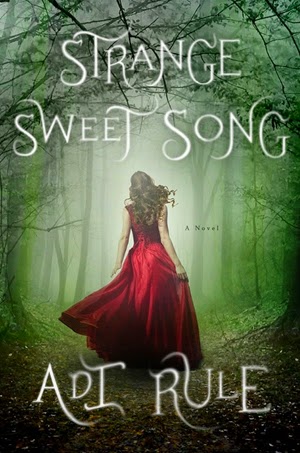 I fell completely in love with Adi Rule's enchanting Strange Sweet Song. The author, a singer herself,  takes the reader into the world of the prestigious  Dunhammond Conservatory, a music school where only the children of the music world's elite and the very talented are accepted and Sing da Navelli is both. She is the daughter of one of the greatest and most beloved Divas, the late Barbara da Navelli and her father is one of the world's most respected conductors. How could she go wrong with genetics like that?
Sing has a lot to live up to and although she sings beautifully, she never feels she is good enough, not good enough for her father, who is kind, but critical or the legend her mother has left behind. She has never wanted to play the Diva, herself, and she tries to play down her parentage at the school, and make friends, something she was never very good at.
The school, which is set in the middle of a wild forest, has its own ghost story, or rather murder mysteries. People have been found with their throats ripped out. Some swear they have seen a great cat, the Felix as it is called, and that if it sees a deep sadness in the eye of its victim... it will shed a tear and grant a wish for that person, allowing them their freedom as well. This story is the basis for Sing's favorite opera, one she was beguiled by as a child, and the last role her mother ever played was as the lead in this opera. The opera Angelique written by the founder of Dunhammond.
There is also a boy at the school who seems to like her. Or is it just her connections he's attracted to? And what about the mysterious, brooding Apprentice Daysmoor who is forever glaring at her and ultra critical. What's his problem?
Strange Sweet Song is darkly dreamy and romantic and Apprentice Daysmoor, not to give anything away, is someone you will think about and maybe, if you are anything like the Recommender... become a little obsessed with. And even though I am mostly averse to sequels these days (almost every title I see, now, is part of a multi book series!)... I am kind of hoping for one for this beautiful story! Highly recommended! 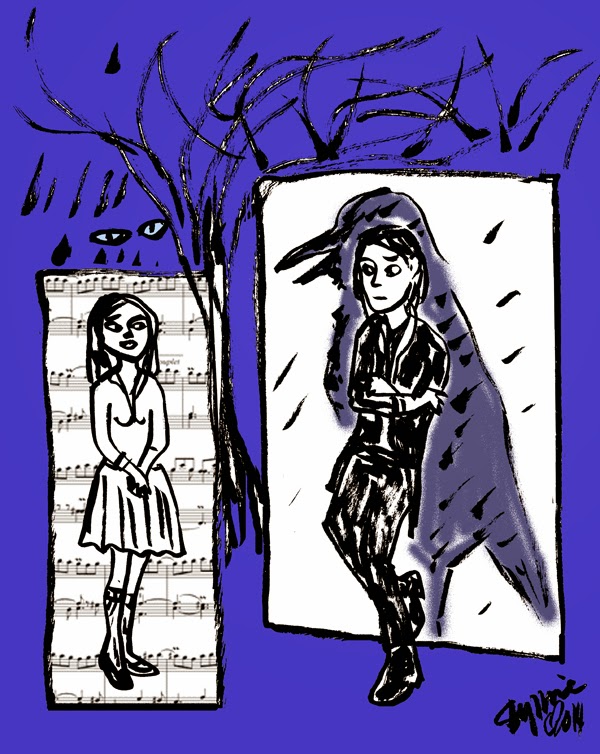 Posted by Stephanie at 6:09 AM No comments:

"The Summer Experiment" by Cathie Pelletier 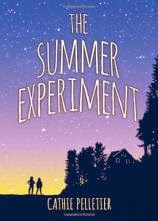 The Summer Experiment by Cathie Pelletier is a lovely story that captures the feeling of what it's like to be young and growing up in a wild, rural place with a loving family (including an annoying big brother), a great best friend, and your first crush.
The author, herself, grew up in the story's setting of Allagash, Maine, not far from the Canadian border.

It's a summer of strange lights in the sky, something Roberta's family has seen, and everyone else in town, but not her. Could they be UFOs? Or something the Military is working on at the local base? Back in 1976, the area was famous for an alien abduction where 4 men were abducted from a canoe trip and ended up back at their campsite and missing time. Hypnosis confirmed their memories of alien beings on a space ship and one wrote a book called the Allagash Abductions.
Roberta hasn't seen anything, herself, but she has a plan that just might help her and her best friend Marilee win the Maine State Science Fair award and thwart Henry Horton Harris Helmsby, the boy who has beaten her twice before. Maybe she and Marilee can camp out and attract the UFO to them and make it the best science project ever! Will Roberta and Marilee contact the aliens and become world famous? Read The Summer Experiment and find out. A perfect summer read for kids of all ages. 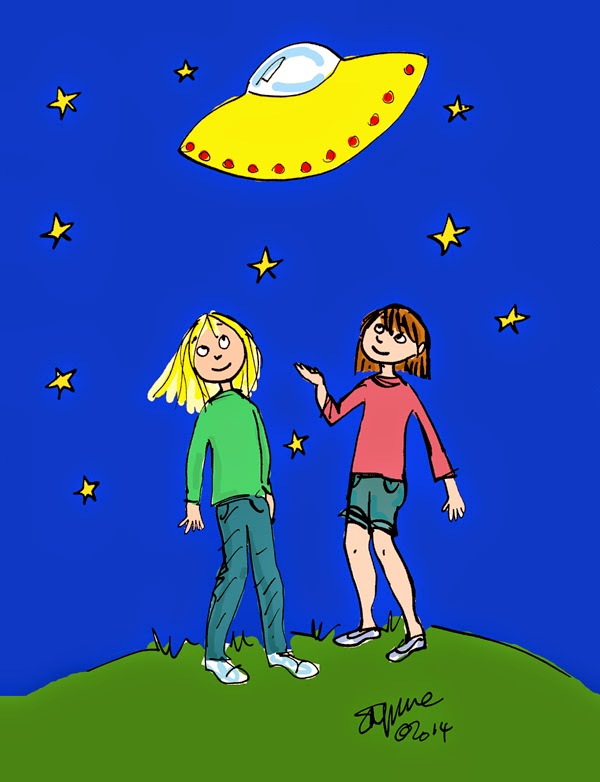 Posted by Stephanie at 9:18 AM No comments: