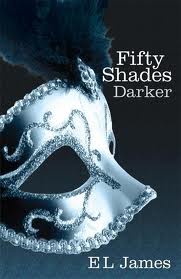 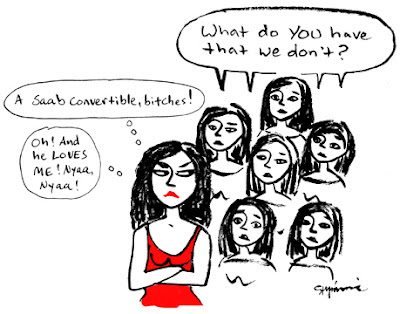 Posted by Stephanie at 10:48 AM No comments: 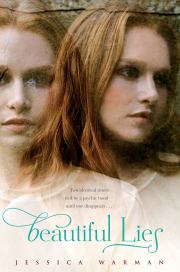 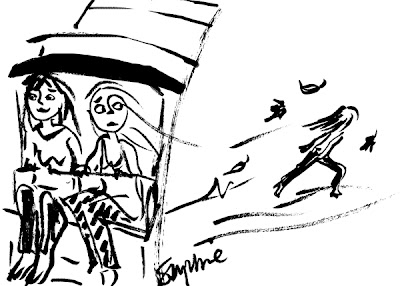 Posted by Stephanie at 11:44 AM No comments:

The Perfect Summer Book: The Cottage at Glass Beach

On the Scottish TV series "The Book Group" (episode 3) the members have been reading a book by Gabriel Garcia Marquez and one character passionately describes what she likes about the story is the way things happened that wouldn't really happen. "Magical realism" the club members intone knowingly... which devastatingly skewers a certain type of book and bookclubber perfectly!
Of course, some of my favorite books slip dangerously into that category like Garden Spells and Practical Magic and probably all of Harry Potter and ...heck, maybe almost everything I read. So, with that in mind I just read a book that I fell absolutely in love with right from the start, The Cottage at Glass Beach by Heather Barbieri. Our heroine, Nora Cunningham, is a still young mother and wife of  the youngest Attorney General in Massachusetts history, and who has done everything right to help him in his career until she finds out he's been involved with another woman. Distraught and unsure of what to do next she receives an unexpected way out, a letter from an aunt, someone she hadn't seen since her childhood...her childhood on a dimly remembered craggy island called Burke's Island. The place where her mother disappeared and her father took her away, off to Boston, never again mentioning the island or what took place all those years before.
It's the perfect refuge for Nora and she accepts the invitation and sets off with her two daughters, seven year old Annie and twelve year old Ella, Ella who is hurt and angry, angry at everyone and everything having to do with her leaving her home and her father and her whole life behind.
Annie, on the other hand is sunny and optimistic and ready for an adventure. And ... adventure is what awaits them on the island. Ms. Barbieri knows the sea. She seems to know it so well and bring this isolated island to such vivid, windswept, salty, seaweedy life that you just want to pack your bags and follow Nora and the girls on their journey or at least join them vicariously via this delicious summer fiction getaway.
Nora's Aunt Maire welcomes them to the island and the cottage on Glass Beach where Nora, Annie and Ella will spend the summer and where several generations of Nora's family, including her parents, have lived. There is also a bigger family residence, Maire's home, Cliff House.
As Nora and the girls begin to unwind they explore and wonder about what secrets the island holds. Secrets that the seals that swim and live among the rocks of the island seem to share. And why do some of the locals seem hostile to Nora, and say she looks just like her mother. Her mother, who was so beautiful she captured the hearts of many men including her father, an off islander whose ship needed repair. They seem to share more than looks, too. Her mother was an award winning swimmer and Nora is as at home in the water as she is on land. Then, there's the mysterious man who washes up on Glass Beach during a terrible storm, who Nora runs out to save, and who seems to have no recollection of who he is. Annie thinks he's a character right out of Nora's old Irish legends and fairy tale book that she reads to the girls each night. Could he be? There's much more to this appealing story including love, mystery, and some unusual characters (plus it has a gorgeous cover!). This is good old magical realism at its best. That Book Group in Glasgow would surely approve! 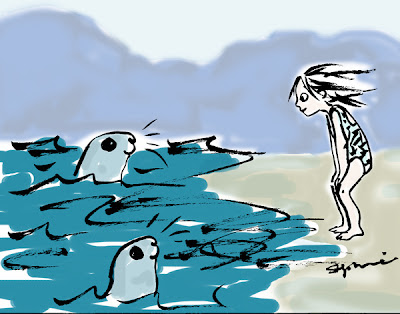 Posted by Stephanie at 9:15 AM No comments: 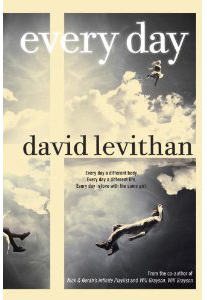 A. wakes up in a different body Every Day which is also the title of David Levithan's conceptual new novel. He, let's call him he for this review... is always a teen. Sometimes he wakes up as a boy, sometimes a girl. He has to live that person's life for 24 hours without doing too much harm or interfering with the order of things. Sometimes he has siblings, sometimes he's alone. He has suffered from illnesses, experienced depression, drug taking and crushes that that person might have. He has to go to school, interact with parents and try to just get through the day. That is until the day he wakes up in the body of a not particularly nice boy named Justin. Justin has a girlfriend. There is something about her, Rhiannon, that gets to A. She is sweet and open and vulnerable and A. goes out of his way to be kind to her or to make it seem that Justin is being nice to her. Nicer than usual. MUCH nicer than usual. They cut school and spend the day at the beach and by the time A. has to leave... he knows that he has fallen for Rhiannon, beyond anything he's experienced before. But he won't be Justin anymore. How will he spend more time with her when he will be someone else tomorrow and someone else the day after and, well...every day?
And what about this one boy whose body he inhabited who seems to have memories of being "possessed"? What does he really know? This is a beautifully told story about love and trust and faith and belief in the power of love transcending all obstacles. This title will be released in August, so if you are looking for something that takes you outside the ordinary and makes you think about and care for the characters involved then be sure to buy, download or check Every Day out at your library! 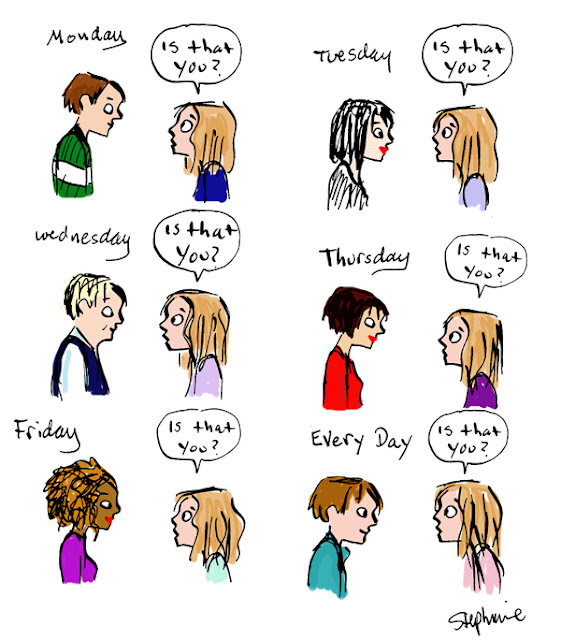 Posted by Stephanie at 7:52 AM No comments: