You've Got a Friend: "Prelude: Allegro" by J.M. Smith 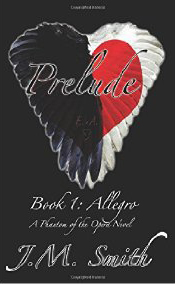 J.M. Smith is the author of one of my very favorite Phantom books, The Secret Door, so the Recommender was thrilled and excited to get a brand new book by J.M.
Prelude: Allegro takes us back to the beginning of a story that we get glimpses of in the Gerard Butler version of the musical, that of how Erik and Madame Giry became acquainted.
Annie Laramie is a 12 year old girl living in bondage to a cruel step-father. One night she sneaks out and makes her way to the Gypsy fair where she pays her way into the tent housing The Devil's Child who, it turns out, is a boy not much older than her, who is caged and  treated cruelly by the gypsies exhibiting him for a facial deformity that makes women faint or scream and brings in the cash for the Gypsies. Annie is shocked by this mistreatment and astonished that this boy possesses the singing voice of an angel.
Returning to the fair she sets out to befriend him. Suspicious of anyone, this tall, thin boy, has never known friendship or affection and is distrustful of Annie's motives. What follows is the touching and gradual relationship and true friendship that blossoms between them. How these two escape from their circumstances to lead a life that we know will eventually bring them to the Paris Opera House is a story you will want to follow as it is beautifully imagined and the first chapter in a new series I will be looking forward to. 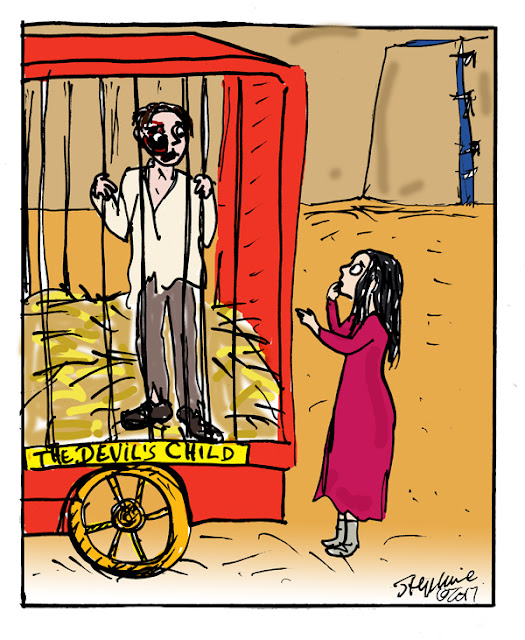 Not Andrew Lloyd Webber, but this James Taylor classic perfectly illustrates the relationship of Erik and Annie in this story (to me, anyway!)! Thank you, Youtube!

"The Romance Reader's Guide to Life" by Sharon Pywell 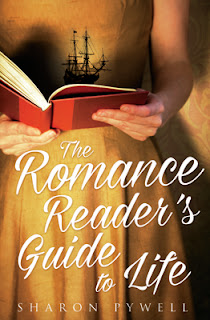 The Romance Reader's Guide to Life will take you into the lives of  the Terhune family, especially that of the sisters Naeve and Lilly, their little sister Jane and their older brother Snyder.
In 1936,  when Naeve is eleven, she is offered an opportunity that will change her life. Snyder turns down a request from an older neighbor, Mrs. Daniels, to read to her. Instead, Naeve  jumps at the chance. She will be paid a nominal amount, but being able to get her hands on some of the more enticing titles in Mrs. Daniels library makes it worth her time and before long the two of them have become companions enjoying everything from the Odyssey to articles in magazines. But Neave has her eye on the romance titles and sneaks away the book that will come to be something of a bible to her, The Pirate Lover.
Here, the book takes a delightful turn as The Pirate Lover sweeps Neave  off on a romantic adventure and the story will now be told in alternating chapters with that of the Terhune sisters. We follow the tale of the very beautiful, but poor, Electra Gates and eventually to the dashing and somewhat piratical, Basil Le Cherche, and to Neave's channeling of the lessons she learns from its pages.
As the sisters mature there will be great achievements in their lives, and some shocking, dark moments. There is a wonderful, noble dog introduced. It is also a ghost story of sorts. And the love story of Electra and Basil. Who wouldn't do well to follow the lessons of the Pirate Lover?
If you are looking for a book to keep you engaged, entertained and even gasping in suspense... then grab a copy of Ms. Pywell's The Romance Reader's Guide to Life! 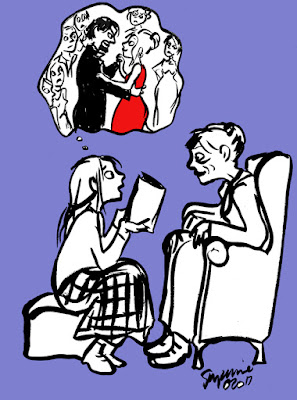 Posted by Stephanie at 10:53 AM No comments:

After the Ball: "Midnight Dance" by Nikki Katz 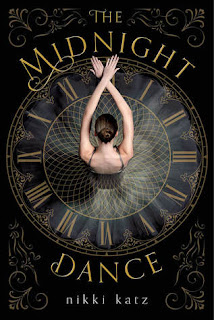 12 girls, all similar in visage, like sisters, train in a special academy, the Grande Teatro, to dance and be graceful and ever mindful and respectful of their dashing, handsome Master. They even bore the special tattoo of  his elite chosen ones.
Penelope, or Penny as she prefers to be called, is beautiful and gifted, and yet, she feels different than her "sisters". Not as engaged in catching the Master's eye, though he always seems to be watching her. Much to the consternation of Bianca, who is flawless at everything she does, and jealous of the Master's attention to Penny.
And what of Cricket, the attractive kitchen boy, who brings Penny special treats while some of her sisters advise her that they must watch their weight.
Penny also suffers from mysterious, debilitating  headaches which necessitate her vising her grandfather for help.
What is the story behind this special school with all its rules, and its handsome, but controlling Master? Penny slowly tries to uncover its secrets and will take you, the reader, along with her as she makes some unsettling discoveries in Ms. Katz's compelling Midnight Dance which was described in the blurbs as a combination of The Twelve Dancing Princesses and Phantom of the Opera. What could be better? 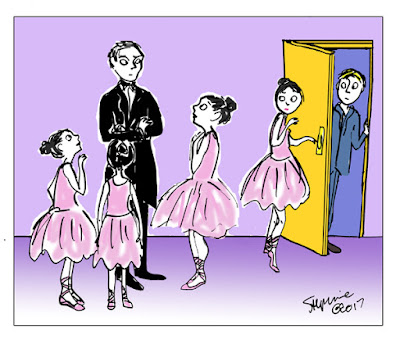 Posted by Stephanie at 11:29 AM No comments: