Spoiler alert! As this is the final chapter in the Prelude Trilogy... we must assume, if you are reading this review, you have read the first two volumes. If not...GO BACK! Read no further!!! 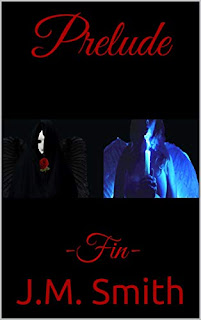 OK, then: When we last left Erik and Annie things did not look good for this duo. Annie, having lost a child that might have brought her and Erik even closer, lashes out at him, instead. Calling their love twisted and their relationship unnatural and blaming herself and Erik for Giles Giry's death, she runs from him leaving him alone and distraught.
Awakening the next morning and realizing what she has done, she races to Erik's Lair to apologize and finds no trace of him except a beautiful ring lying near the lake.
10 years pass. Erik has traveled the world, learned new skills and now found himself back in Persia, ruled over by his old friend Kevah and his sister, Yasmin, who has blossomed into a beautiful young woman. She is delighted to see him and embraces the man she kept alive through his long imprisonment under the last regime.
She is surprised and upset that Annie had not been overjoyed at Erik's return. Thoughts of his beloved Annie helped keep him going through that desperate time. Was there anything she could do?  Perhaps there was. Could he love Yasmin? Or would thoughts of Annie forever haunt him.
Should he return and see if there might be a chance to rekindle that extraordinary love they had shared? And what of his darling Little Giry? How was Meg doing after all these years?
And where are Christine and Raoul in this story? Aren't they kind of important in the world of Phantom fiction? Can they really not make an appearance in this last episode?
These questions will all be answered in this last chapter. If you enjoyed the love story of Erik and Annie in the previous volumes then don't miss seeing if they get their happy ending in Prelude: Fin! 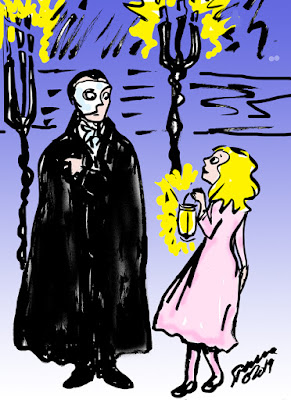