Paradise Lost: "Of Love and Abuse" by Kayla Lowe

Sara and Bruce are married! The beautiful young woman had fallen for the online man who intrigued her and won her heart when he played the Phantom to her Christine in messages that kept her from being the good, freshman student that she started out as, in book one. When the man she thought was her soulmate shows up in person, she finds he is 30 years older than her, and that is only the first of the deceits he used to win her heart.

Once she defies her concerned and caring parents by moving in with Bruce and then moving to Florida, far from home, she feels there is no turning back.

Now, they are husband and wife. Sara is trying to earn and save money, first with part time jobs outside their home and then with online writing and editing at which she excels. They finally have enough money to move to a beachside apartment. It's further from his friends with whom he spent most of his days drinking and smoking.

While they turn their new place into a home with Sara shopping for second hand, and affordable furnishings and decorations, she is also finding he is trying more and more to make her spend time with him, whether at the beach or drinking. Something she never would have thought to find herself doing, but is becoming a worrisome habit as part of their marriage. Even though her parents and Bruce come to a sort of peaceful understanding so they can visit and so Sara can in turn come home occasionally, he still gets in black rages about her calling them. Can they work things out and have the happy marriage Sara hopes for... or has it all been a terrible decision that she has to live with. Are there darker days  to come or will there be a happy ending? You will have to read this series to find out!

Powerfully written and intensely realistic, Ms. Lowe has created a character you care about in Sara, and Bruce has a magnetism that seems to be able to win her over despite common sense and  her parents fear for her safety. I can't wait to see what happens in volume 5! Highly recommended! 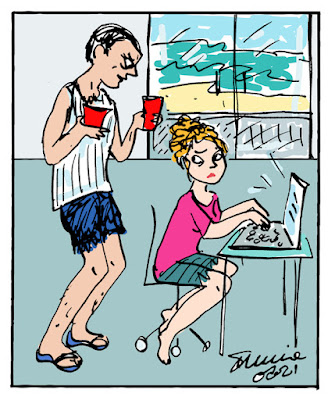 Posted by Stephanie at 11:01 AM No comments:

Lynette is a "Final Girl". She survived something terrible that happened when she was a teen. Something, or rather, someone, so horrible, that she is lucky to be alive. She lost her parents, her little sister and her boyfriend.  All in one night. Her Monster is behind bars. She should feel safe now, shouldn't she?

She is a member of the Final Girl Support Group. Along with 5 other Final Girls. Each a survivor of  some horrendous event which took out others, but somehow, they managed to make it out alive. There are movies based on their experiences, and documentaries and online forums that discuss the crimes and the killers, some of them are fan groups of the various murderers.

Besides her attendance at the support group, Lynette lives alone, with just a house plant as a companion. She is wary and paranoid and  always ready to make a quick getaway if she has to. Then something happens that might force her into action. What that something is and what follows is something you will have to find out for yourself.

This is a suspenseful and darkly funny story. I loved Grady Hendrix's previous book, The Southern Book Club's Guide to Slaying Vampires and I'm looking forward to reading his older titles as he is great at capturing the various characters that occupy his fictional worlds. Highly recommended! 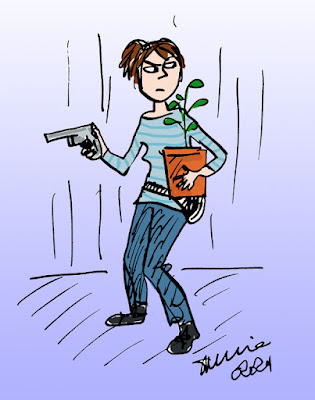 Posted by Stephanie at 8:25 AM No comments: