Magic is Afoot: "A Green and Ancient Light" by Frederic S Durbin 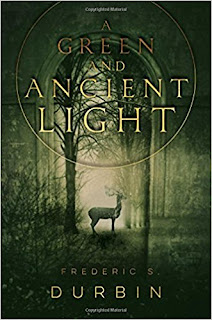 A Green and Ancient Light is one of the most exquisitely beautiful and magical books that I've read in a while. The narrator looks back at a summer when he was nine and he is sent away to stay with his grandmother. He is sent by his parents because war rages in some unspecified part of the world and his father is off fighting it. They want a peaceful summer for their son and the chance to know a relative he hasn't met before.
This boy is smart and curious. He loves his parents and little sister and misses them terribly but as he gets to know his grandmother, an older woman full of surprises, she opens up his world beyond the charming seaside village where she resides.
For instance, you should never let your neighbors know what you are planning to grow in your garden. Everyone knows everyone's business so sometimes you have to keep some things secret. Like exploring the woods beyond his grandmother's house.
One night, in early summer, the boy  and his grandmother are awakened by someone rapping at the door. After telling him to stay where he was, she goes to investigate and finds it to be someone she knows. Together, she and this dark stranger step into the garden, the boy noticing it was odd that his very proper grandmother was entertaining this person in her night-clothes.


Not long after, she returns and tells him to dress quickly. She gives him instructions on certain items to fetch and she gathers them together and then tells him they are going to "the grove of monsters". The man who had visited them was an old friend. He had gone on ahead. Where they are headed will transform the narrator's perceptions of the world and open it to things he never dreamed of as Mr. Durbin takes the reader off on a most wondrous and memorable adventure.


Highly recommended! Two of my co-workers at the library had also read this captivating book and all of us loved it and recommend it. So 3 thumbs up from Librarians, as well! 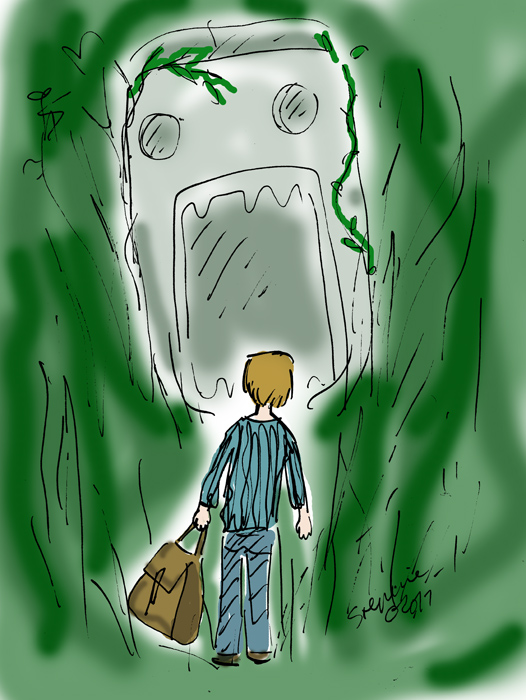 This song captures a certain mystery that is shared by this lovely book. Buffy St. Marie singing the words of Leonard Cohen.


Posted by Stephanie at 8:24 AM No comments: