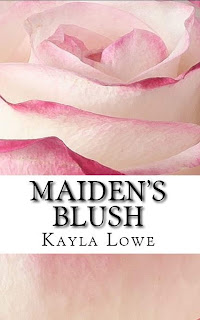 International translator, Jack Barringer, is on his way home one snowy winter evening when he happens upon what seems to be a crime scene. A man jumps into a shiny red Lexus and takes off, leaving behind something crumpled on the ground.
Upon closer inspection, Jack finds that it is a young woman, barely conscious and not dressed to survive the bitter cold night.
What to do? He carries her to his car while she comes to and struggles to escape his arms. Jack, a true gentleman, reassures her and she warily consents to his help. Who is this mystery woman and what led her to the attack in the woods that might have been her end?
So begins the story of Katrina Weems, a recent college graduate and Jack, her rescuer. Katrina finds herself a guest in Jack's house and as she slowly reveals more about herself she also learns more about her host, his staff, and a certain best friend who will be paying them a visit.
Beautifully told, romantic, and also a bit of a thriller, as well as containing a Phantom of the Opera theme, this first novel by Ms. Lowe was one I had to read straight through. Like Katrina, I found myself torn between two choices.  Will she get the happy ending she deserves? You'll have to get a copy of Maiden's Blush to find out! 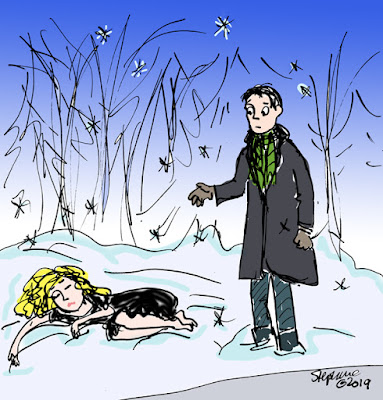 Posted by Stephanie at 11:48 AM No comments:

Winner of the Bracelet Giveaway!

Congratulations to Cynder the Knight (AKA Carlene Michalk) winner of the 2019 Phantom LOVE Symbolic Charm Bracelet Giveaway! Three independent judges read through the entries to choose the winner! Thank you to all who entered! 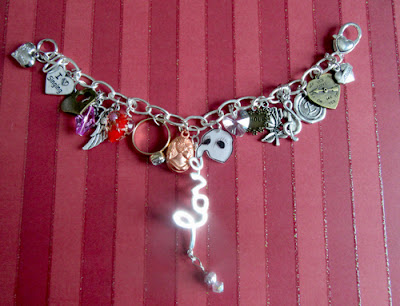 Everyone else who entered will get a Valentine consolation prize, so, if I don't have your mailing address please email it or PM it to me! 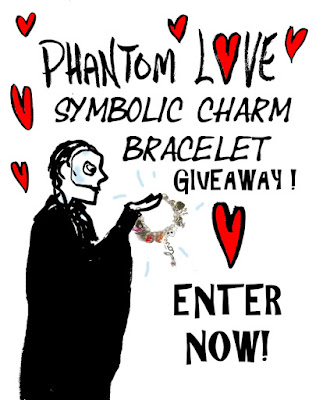 I have been asked if I was going to do a "Phantom LOVE Charm Bracelet" Giveaway this year, and the answer is yes! I am late in posting this because of a cooking related thumb injury... and if you are right handed, you forget how valued a player that left thumb is in almost everything, including adding charms etc... but the show, or bracelet making, must go on!
This bracelet is especially beautiful and filled with hearts and love and a mask and portrait charm symbolizing Erik and Christine and now it can be yours! FREE! By following the steps below, you will be in the running, and eligible for this one of a kind Phantom bracelet!


One: Just sign up as a follower of this blog. Your name must appear as a follower to be eligible. If you are already a Militant Recommender follower you can skip this part.

And 3: Post here in the comments section on this post, and, in just a line or two (please make it short so the judges will be able to read everything), share why Erik should be your Valentine.
All Entries must be received by Midnight of February 12th! Open to ALL PHANS!  Then my "secret judges" (I will not be one of them) will choose a winner on February 13 and the winner will be announced on Valentine's Day, that's February 14th.

Good luck to everyone entering. Make sure you email me your complete name and mailing address to:stephaniepiro@gmail.com so I know who to send the bracelet to when the winner is chosen.


More images of this special bracelet: 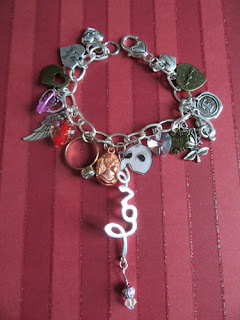 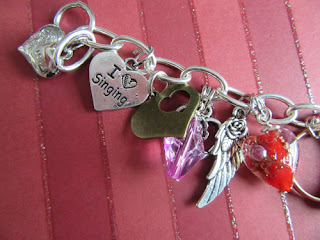 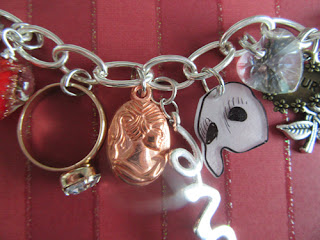