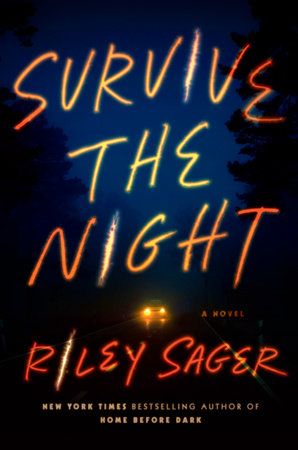 Wow! I  didn't expect to love this book as much as I did! Riley Sager has written some great books, books that I've thought about long after the final page. I really enjoyed Final Girls and The Last Time I Lied and Survive the Night is maybe my new favorite!

Charlie, named after Teresa Wright's character in Hitchcock's classic Shadow of a Doubt, is looking to take a break from college. Her best friend and roommate, Maddie, was murdered by someone known as the Campus Killer. Charlie feels like it is her fault. An introvert, Maddie helped entice Charlie out of their dorm room, where otherwise, she could happily have spent all her time watching classic movies on VHS. One night, Maddie wants to go out to a bar. Charlie doesn't feel like going out, but finally relents and goes with her. When Maddie leaves her alone to flirt, Charlie storms off. When Maddie tries to persuade her to stay, Charlie calls her a bad friend and walks away, glancing back to see a shadowy male figure lighting a cigarette for Maddie.

Charlie sometimes has spells, where she can't tell if what she's seeing is reality, or a movie scene in her head. So when she's questioned as the last person to see Maddie alive, she can't describe the man she saw, because he may not have been real.

Maddie's boyfriend, Robbie, doesn't understand why she needs to leave. ASAP. He offers to drive her home, to her grandmother, her only family, when the semester ended, but Maddie goes to put an ad on the rideboard at school. There's a guy there, handsome, a slightly older student in a campus hoodie.
Turns out, he's looking for someone to keep him company on a long drive and he will be going right past where Charlie needs to go, Youngstown, Ohio. He needs to leave that night.
"I can be that someone" she says.
So begins the journey that will take place over the course of a long night. From the moment Charlie gets in the car with Josh, we begin to wonder, along with Charlie, if this was the smartest move she has taken.
This is such a twisty, surprising thrill ride, and we are there, beside Charlie, following that long dark road with a complete stranger, as well as those movie stars also along for the ride, care of Charlie's imagination! This is a perfect book for film lovers who also enjoy a suspenseful thriller that will keep you guessing right up to the end!

Highly recommended! Thanks to NetGalley for the DRC! 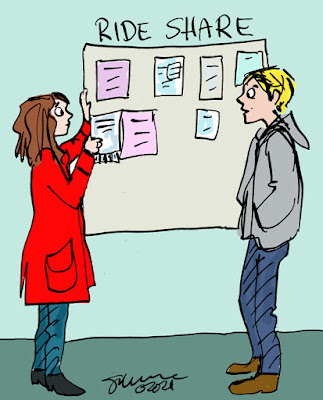 Posted by Stephanie at 4:26 PM No comments: