On the Road: "The Phantom's Witness" by Catherine Miller 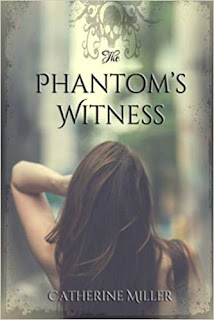 Catherine Miller has written several Phantom based novels and this one, The Phantom's Witness, is a modern take on the story that works very well.
Christine, a lonely young woman, is part of the chorus at a theatre. Her father, who was head violinist there, died not that many years before and though she has a friend in Meg, another girl who works there, she rarely joins the other members for after show drinks or dinner.
She wears her father's ring on her thumb as a memento of her love for him and after a performance realizes she must have lost in on stage. So, searching for it around the stage and in the prop room, she is witness to a frightening scene, a man being strangled by a masked figure. Frozen in horror, she is unable to cry out or move. The masked man, now aware of her presence, turns his eyes toward Christine who is spurred into action and runs through the theatre and straight into Raoul, a former childhood friend who is a patron there.
Together they summon the police, led by Detective Abdul Nadir, who questions her, and asks if she's ever heard of the Phantom, whom the theatre people refer to as the Ghost. She replies that everyone has heard of him, but never believed he was real.
Nadir , cautioning her with tales of the very real Phantom's other crimes, mentions she might need witness protection, as she was a valuable witness to the murder, and that he'd be in touch with the U.S. Marshals service about her safety. He finally allows the exhausted young woman to return home with police protection.
After several days holed up in her apartment as requested by Nadir and the police, there's a knock on the door. A commanding voice says  "U.S. Marshal Service" and commands she open the door. Surprised that she wasn't given a warning that she was going to be relocated, she is told to hurriedly pack and before she knows it she has hit the road with the Marshal. Destination unknown. As they drive, Christine queries the law man, "What can I call you? Marshal?" "
"You may call me Erik" is his reply.
And off we, the reader, go on a thrilling adventure as Christine and Erik travel the country, and learn more about each other and what fate might await her, the witness to a murder, and he, the murderer.
If you love Phantom based fiction or just a great story, try The Phantom's Witness, because you don't have to be a Phantom Phan to enjoy this one. Highly recommended! 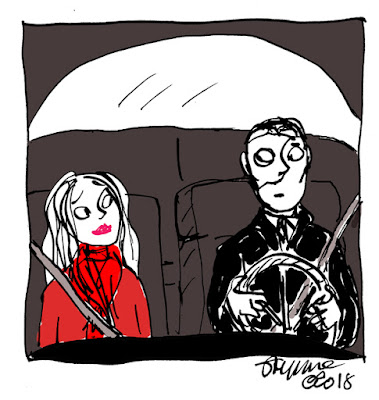 Posted by Stephanie at 12:00 PM No comments: