Out of the Past: "The Day I Disappeared" by Brandi Reeds

Years before the story begins, there was an accident. A young boy, babysitting his little sister, goes fishing. His sister is asleep, and his parents will never know. He keeps going a little further out, until he realizes he can't hear his sister if she wakes up. Rushing back, he finds her gone. His parents return and blame him, as they search for the missing girl. She is eventually found, drowned in the lake.

Flash ahead to the present. Holly was kidnapped when she was four years old. She was returned, and the man responsible has been behind bars ever since. She had no memory of the 94 days she was missing. Now in her mid-20's, and a carpenter for her father's construction company, she has an on again/off again relationship with her boyfriend, and her mother is in a coma, the result of a possible drunk driving accident. Besides that, her best friend, Kitten, is getting married and Holly is the Maid of Honor.

In the midst of all this, Holly is contacted by a detective. He is investigating the disappearance of a little girl. In fact, there has been a string of missing girls over the past few years. He wonders if Holly had any memories that could help his investigation. She doesn't remember anything from her kidnapping... or does she? She has flashes of things. Is there any way for her to help? And then there's Kitten's brother, Matt, home from his time in the service. He was older than Holly and Kitten and helped in the search. So did Sterling, Holly's sometime boyfriend. Will Holly remember anything? What about the man in jail? Is there a copycat on the loose? This is such a riveting story I had to keep reading until the very end! This is the first book by Ms. Reeds that I've read, and she is a fantastic writer, drawing you into the world she's created, and keeping you guessing about what happened.
Thanks to NetGalley for the DRC! 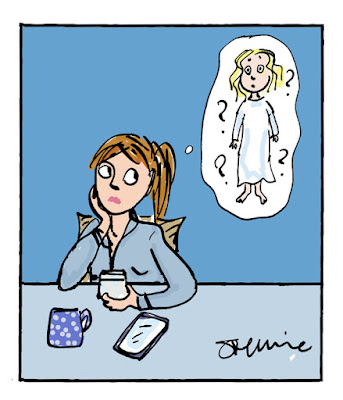 Posted by Stephanie at 3:25 PM No comments: