The Next Chapter: "The Roughest Draft" by Emily Wibberley & Austin Siegemund-Broka 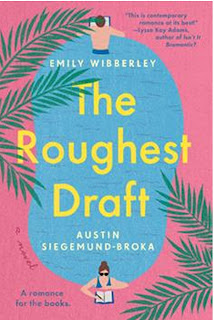 Katrina Freeling and Nathan Van Huysen were once two friends who met at a Writer's Retreat and then became best selling co-authors. A lot happened in the 3 years since the end of their partnership. Things ended badly. Why, was a mystery neither would talk about. Nor have they spoken with each other since then.

Nathan's first novel  on his own didn't take off as he'd hoped. Meanwhile, Katrina, married to their former agent, hasn't written a word since.

Then their publisher tells them they owe one more book as co-writers to fulfill their contract. Katrina's husband wants her to be the literary superstar he was originally attracted to. He's pushing her to write with Nathan again. It doesn't seem like anyone cares about her feelings.

Nathan, too, has fears. His own book didn't sell the way their co-written titles did. Is he doomed to a life of co-authorship? And yet, their work together had a great chemistry that brought their characters alive for each other and for a vast readership.

So, they both agree, half-heartedly, to once again meet up in the Florida retreat where they wrote their mega-seller.

What happens next makes for an absolutely engaging read! Nathan and Katrina come to life in these pages. We follow their ups and downs and tentative re-connection as writers.
It's a book that will pull you in and keep you reading till the very end!

Also written by coauthors, who happen to be a husband and wife team, you wonder how much of Katrina and Nathan's life was based on their own! This one is highly recommended for anyone who wonders about the writing process when two authors write together, or just enjoy great characters who just happen to be writers!
Thank you to NetGalley for the DRC! 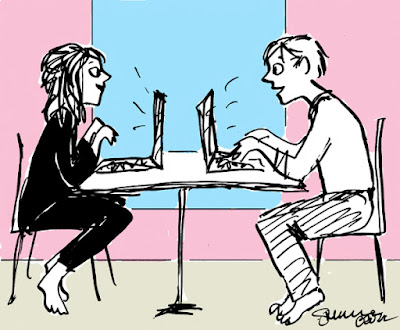 Posted by Stephanie at 4:35 AM No comments: 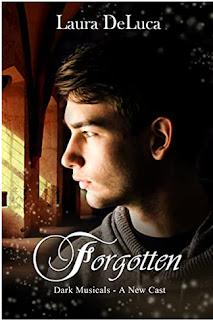 Lord Justyn Patko and his beautiful wife, Lady Rebecca, have been together since High School. They went from being the stars of  their drama club to becoming the darlings of Broadway. They have also faced their fair share of drama off the stage, with various real life villains.
They are also parents. Their son, a superstar in his own right, Erik is now 16 and with a driver's license. He is given the best present ever! Justyn's vintage black mustang! Erik can hardly wait to take it out for a spin, and even though it's a winter night, he convinces his cautious family that he can handle it. Instead, after a spin through Central Park, he is t-boned by a drunk driver.

Now, months later, he is scarred for life with a damaged leg, leaving him limping. He is angry at himself and angry at his Dad, for gifting him with an unsafe vehicle. No matter what Justyn does, Erik blames him. Not only that, they have moved to their New Jersey beach home and Erik and his sister, Harmony, will be going to a local Catholic school. Can things get any worse for Erik?

The only bright spot, is realizing the first love of his life, Evie, goes there. They last saw each other as kids. Now, here they were. Evie had grown into a beautiful young woman. Will these two teens pick up where they left off, long ago? What's in store for the Patko family? The Dark Musical series by Laura DeLuca has been one of my favorites and Forgotten, with the "new cast" series is no exception! Start with Phanntom, and follow the saga of Justyn and Rebecca from the very beginning! 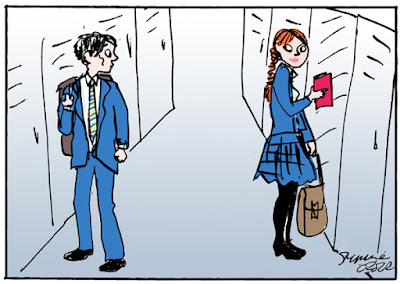 Posted by Stephanie at 10:25 AM No comments: