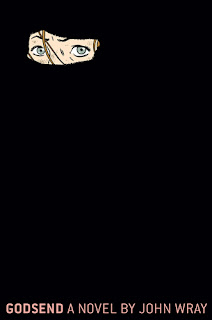 John Wray's brilliant Godsend is the story of a young American who becomes a radicalized Muslim and sets off on a journey to Pakistan in hopes of eventually joining a jihadist group. That this person is a girl of 18 who has disguised herself as a boy in order to become a part of this movement is what makes this story such a compelling read.
Aden Grace Sawyer and her sometime boyfriend Decker have planned this adventure together. Both are able to speak Arabic and both are dedicated to the study of Islam. She has shaved her head and bound her breasts to make herself believe in her masquerade as much as anyone she encounters. They arrive in Pakistan and travel to a small Madrassa, a school for the study of the Quran, and which is close to the border of Afghanistan. She is accepted as Brother Suleyman and often just called Little Brother. She excels here and becomes a favorite of the Mullah. Though Decker will keep her secret he still has an attraction for her that she discourages. As the story unfolds we are taken deeper into the world of this school, its students and the call and attraction of the militant group, the Taliban, who are fighting just across the border. There are life changing choices confronting Aden and Decker. What happens to them will keep you riveted to the very end. Highly recommended! 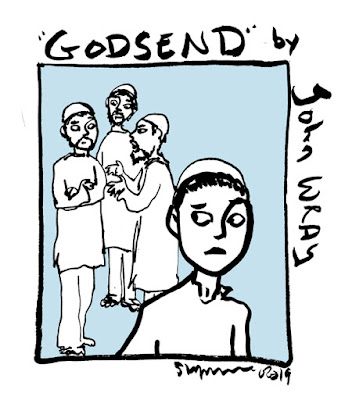 Posted by Stephanie at 9:35 AM