Reach Out of the Darkness: "The Rainbow Comes and Goes" by Anderson Cooper and Gloria Vanderbilt 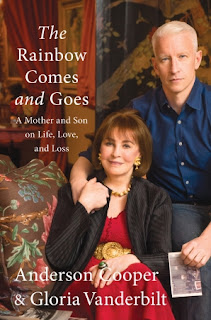 A lot of us remember when Anderson Cooper reported from New Orleans in the wake of Hurricane Katrina and how he seemed truly concerned for the victims. That was just one instance in a long career, but it showed a compassion rare in today's media market.
Gloria Vanderbilt has been in the eye of the media for most of her life. From the time she was born into a wealthy family, through a world famous custody battle. The media covered her marriages and her design career, her ups and downs. She survived some things that many others might not.
Anderson is Gloria Vanderbilt's son, and for those who never knew that, this book celebrates that relationship.
In a year long e-mail conversation, these two make public some very intimate details about their lives. It is a brave, heartbreaking and enlightening endeavor, for Mr. Cooper and Ms. Vanderbilt ... and for the readers.
As someone who has admired both Anderson Cooper and Gloria Vanderbilt (I have always adored her beautiful art and collage work) this book was a look into their lives, in their own words. It's an idea many could embrace, or wish we could still reach out to those whose lives we'd like to know more about. It's never too late to open the door to a conversation like these authors did. After all, Mr. Cooper was in his late 40's when they began. Ms. Vanderbilt was 91.
The title comes from a poem by William Wordsworth. It can be read here:
Immortality from Recollections of Early Childhood 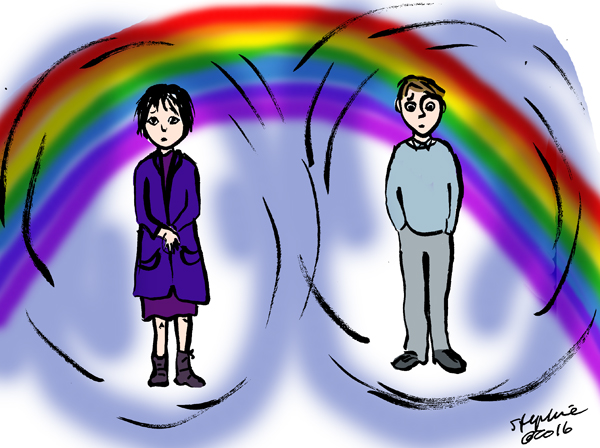 This song seemed apropos: Reach Out of the Darkness by Friend&Lover (thank you, Youtube!)

Posted by Stephanie at 8:22 AM