Life'll Kill Ya: "The Death of Bees" by Lisa O'Donnell 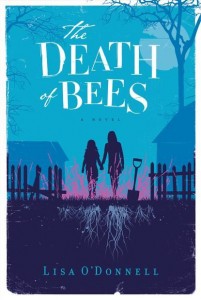 The Death of Bees by Lisa O'Donnell is set in the poorer neighborhoods of Glasgow, Scotland and is both very funny and...very disturbing and extremely well written. It grabs you on page one and throws you into the lives of 15 year old Marni and her 12 year old sister Nelly. Both sisters are bright and gifted and in a more perfect world would be planning careers at Oxford or touring as a concert violinist...but in the world they live in, surviving is first on the list and as the book begins, getting harder to do. Both their parents are now dead. Grimly and gruesomely described by the girls, in alternating chapters. Their parents were drunks and druggies and not so big on things like providing food.
Faced with what to do with their Dad, who may or may not have molested Nelly, who may or may not have smothered him with her pillow while he slept, and after leaving him there for a week, the situation is dire! Also, their mother has hung herself in the garage. What to do? They finally bury them in the garden and try to carry on going to school, hanging with their mates. Marni seems to be making some not very constructive choices in her daily life. Nelly, on the other hand, speaks in the voice of a Victorian aristocrat and is literate and  big on self preservation.
Their neighbor, an elderly gay gentleman named Lennie, who is still mourning the loss of his partner, keeps tabs on the girls from his window and eventually invites them in to feed and look after them as much as they allow him to, and a bond forms which is the heart of the book. These are characters you believe in and hope the best for. There are traps and snares all around to drag the girls under such as an ice cream man who deals drugs and unexpected allies such as Vlado,  a sometimes softhearted gangster from Russia. The Death of Bees is unique and a stand alone classic of contemporary fiction you'll want to read and read, again! 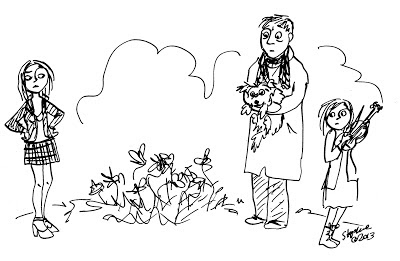