What Comes After: Between 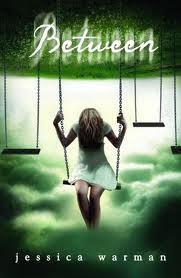 I am a great fiction lover. "Fiction is My Reality" is one of my mottos (I have a few!) and the t-shirt can be bought here! There are genres I am inexplicably drawn to and one of them is interesting versions of the afterlife. One of the best ones I've read recently is Between. It also has a lovely cover which never hurts! I'll discuss "when bad covers hurt good books" at a later time.
Elizabeth Valchar wakes up. It is 2 a.m. It's the night after her birthday. She had a party on her father's yacht. Liz is a birthdays on a yacht type of girl. Everyone's still asleep... but there is this annoying noise and it's getting to her. Failing to rouse her sleeping friends and step-sister she goes to investigate. What's making that thumping sound? It's coming from the water.. she gets closer. Could it be a fish? she peers into the dark water below. Cripes! It's a body! Some poor girl... but, wait! The body is wearing cowboy boots just like Liz's. Special white rhinestone covered boots. No one else could possibly have a pair like it... the girl in the water is (insert SCREAMING here!) Liz!!!

What happened and how she got there is the mystery behind Jessica Warman's great premise and she doesn't let you down. Liz sits on the dock waiting for her body to be discovered. She is overwrought and who wouldn't be? She tells herself, aloud, that everything is going to be OK... then a voice replies that, "No, actually it's not going to be OK." There's a boy, a boy who can see and hear her! This seems like good news...until she realizes he, too, is dead. And she recognizes him. It's Alex, a boy she went to school with since kindergarten. A boy who was killed by a hit and run driver. Like the ghosts who visit Scrooge in A Christmas Carol... Alex helps Liz on a journey through past events that will ultimately reveal what happened to her that night on the yacht. It's an absorbing, touching look at a life and all the twists and turns one can take and the road fate sometimes puts you on.
This is the first one of Ms. Warman's books I read and I was lucky enough to read a preview of her latest book Beautiful Lies which was also excellent and which I will be reviewing here soon.  I'll also be reading her previous titles Breathless and Where the Truth Lies when I get a chance because I can tell she's going to be an author I want to keep reading! 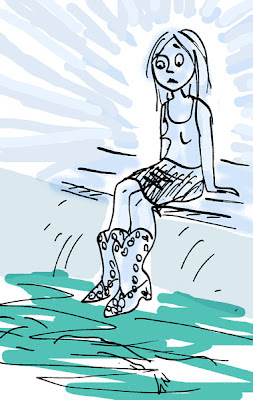 Posted by Stephanie at 3:15 PM