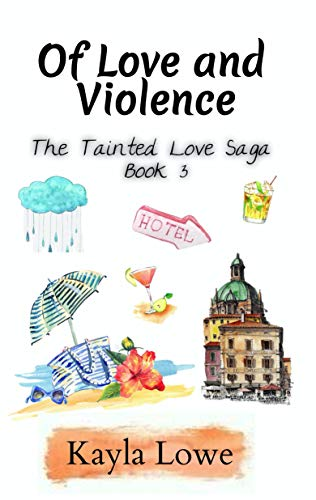 Spoiler Alert! If you haven't read Kayla Lowe's Tainted Love series from the beginning, don't read any further, because you want to follow the love story of 18 year old Sarah MacKenzie and the man she thought was the answer to her dreams, the much older Bruce, right from the start.

After dealing with her family's disapproval of Bruce, who, as it turned out, was even older than her Dad, Sarah agrees to go with him to Florida, where he was from, to begin a new life. They take an endless bus journey and arrive to find Bruce's buddy, Ron, waiting for them. They are happy to see each other, and Sarah feels a pang of regret at how close she and her cousin Addison used to be.

Ron seems nice and is friendly to her and she notices he's handicapped, missing one arm and part of a hand, due, she finds out, from a work related accident. He drops them at a motel for the night and the next day, they move into an older apartment building, and Sarah learns, much to her consternation, that there are two bars attached to the hotel, one a hip hop bar and the other, a country bar. So begins Sarah's life in Florida. Would they ever be able to afford to live at the beach, as Bruce had promised?

Her issues with Bruce drinking only increased as he  and she were to spend more and more time at Ron's. Ron's brother, Ken, a creepy sort of character, also lived there. While Ron had a pool and Sarah enjoyed swimming there, she also noticed the guys seemed to drink more when they were together, and smoke like chimneys. They hung out in Ron's garage, and she caught Ken watching her swim and ogling her bikini.  The more time they spent at Ron's, the more money Bruce seemed to spend on drinks and smokes. To justify his drinking, he begins to buy alcoholic drinks for Sarah. More and more she falls into drinking a bit to keep Bruce company.

Sarah is such a nice girl, pretty and raised to do the right things. Now, here she is, hanging out with men so much older than her, and finding Bruce was more and more possessive of her, fuming whenever another guy looks her way or compliments her. Is this what she signed up for? A year before, she was an  A college student, enjoying all the fun of living with Addison and college life. Will Sarah and Bruce's relationship be all she hoped? Would her family ever accept her decision and the man she abandoned them for?

Be sure to read Kayla Lowe's addictive Tainted Love Series from the beginning to follow Sarah and Bruce's story. Sarah is a realistic young woman and you can see how she finds Bruce attractive. Of Love and Violence takes us deeper into their relationship. What happens after... we have to wait for the next book to find out! 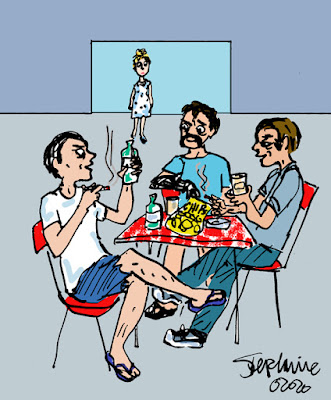 Posted by Stephanie at 7:29 PM