Heart of Darkness: "Into the Heartless Wood" by Joanna Ruth Meyer 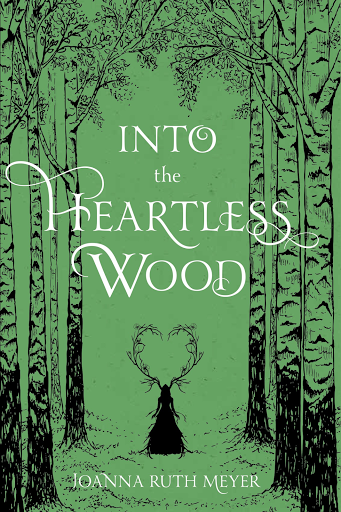 In Into the Heartless Wood Joanna Ruth Meyer has created a world that is magical and horrifying and somehow a world that is completely believable.  It's a world in which the woods are alive and the stars predict the future. It also has one of the most heartbreakingly beautiful love stories I've read in ages.

Ms. Meyer draws the reader in from the very first sentence, in which one of a stand of birch trees is brought to life to be the daughter of the Gwydden, who is a kind of  goddess that is all powerful, and merciless, and that is neither woman nor tree and who rules the wood around her. This new daughter is one of her mother's monsters, sirens whose song is so beautiful and enticing, it lures whoever hears it into the forest to be destroyed by these creatures.

Bordering these woods is a cottage in which resides a young man, Owen, his two year old sister, Awela, and his father, an astronomer who secretly charts the stars for the king of their region. Owen's mother was lost to the wood a year or so before. Devastated by her loss his father has built a wall between the cottage and the woods so his children will be marginally safer. As time passes, the branches begin to reach over the wall.

One day, Owen convinces his father that he could help him by taking the train to the city to file his father's star charts. He had heard warnings that the forest was encroaching the train tracks. Still, things seemed calm until suddenly the train is derailed, passengers flung this way and that, and the song of the sirens surrounds them. He manages to get out of the wreckage to find, to his horror, the tree sirens are murdering the victims of the accident, bodies lying all through the surrounding area.

When a siren comes upon him, something strange happens, her song pinning him to the ground, she stares at him and then tells him to run. She has let him go. And what happens after this gesture is something you will have to read to find out. The Recommender found this to be a book I couldn't put down. I had to stay up late to finish it and I will just warn you that at moments you may find yourself weeping on your kindle or book pages. The Recommender did! 5 stars for this one! Order it, download it or borrow it from your Library. You will not be disappointed! Thank you to NetGalley for the DRC! 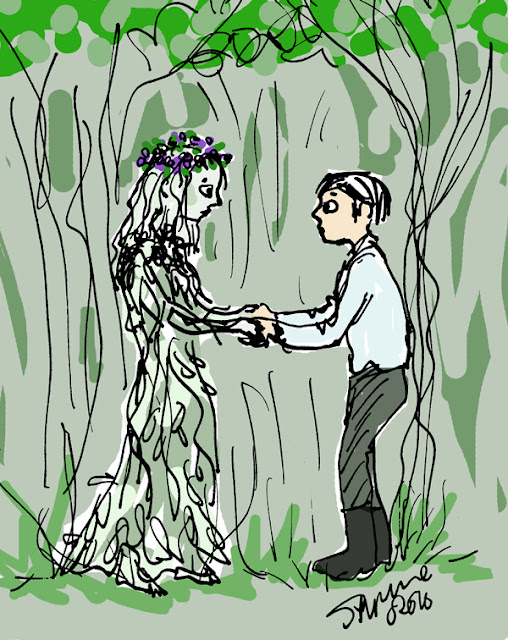