Amanda Grace was 15 when she was abducted by her school bus driver. In the 738 days that she is imprisoned and abused one thing keeps her going... a page torn out of a  magazine featuring the gorgeous visage of leather jacketed teen heartthrob, Chase Henry. Amanda imagines him encouraging her to escape, something it seems impossible to do, but when her chance comes, it's the imaginary Chase urging her on as she makes contact with a repairman from behind the locked door. The police arrive, the bus driver is killed, and Amanda is freed.

Two years later, Amanda, now back at home with her parents and two sisters, is still traumatized. Her family either treats her with kid gloves or ignores her. Therapy hasn't really helped. She is also famous for surviving the abduction and everyone knows how much Chase Henry meant to her, or at least the imaginary one did.

Meanwhile, Chase Henry, former beloved idol of teen girls everywhere, is now trying to save what he has left of a career. Fame and money had gone to his head and his reputation as an actor tanked after word of his bad behavior and drinking spread. Struggling to rebuild his career by taking a minor role in an indie flick, his publicist has an idea. Why not surprise Amanda Grace with a personal visit as her home is only a couple of hours from the film location.

What happens next in this intriguing, riveting and yes...steamy! story will keep you reading and rooting for Amanda and for Chase. These are two people you care about as they fight to overcome their demons. Highly recommended. 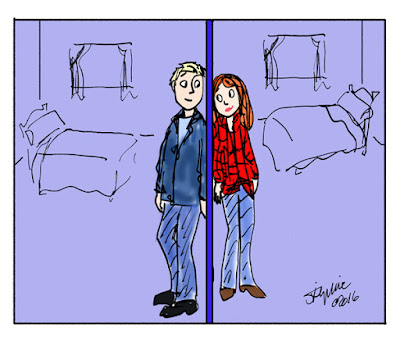 Posted by Stephanie at 5:50 PM