Bread and Roses: "Second Helpings at the Serve You Right Cafe" by Tilia Klebenov Jacobs 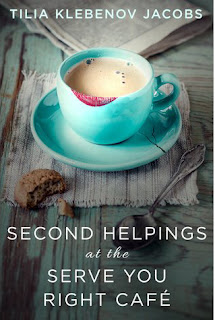 Emet First, a man in his early 30's, is a natural chef and baker. He is part native American and an upbeat sort of guy. He works at the Serve You Right Café for Eden Rose, a well liked and respected woman who is also good-hearted and always ready with a hand-out to help those that need it. Emet had been one of those that needed it.
He has a past. But then, so does Eden Rose.
As the story begins, Emet is about to meet up with a girl whose breakfast he had chivalrously paid for earlier, when she realized she had forgotten her wallet. He is excited, but worried that opening up to her and letting her in on his secret will scare her away. The girl, Mercey, is a physical therapist. She has a great job and a degree, but there is something she is hiding from Emet, too.
Despite her credentials and career, Mercey has a family she is ashamed of. A father who ran out. A mother with MS... and a twin brother from hell.
Can Emet and Mercey get past their histories and start a new one? That is one of the stories you'll learn as time goes by and customers and friends and the occasional bad check cross the threshold of the delightful Serve You Right Café. The book should come with recipes, or better yet, baked goods, because the descriptions of Emet's creations will have you dying for a taste! 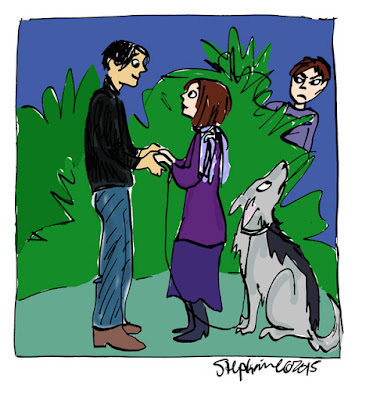