Come Fly With Me: "Unaccompanied Minor" by Hollis Gillespie 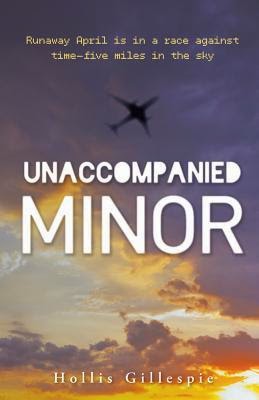 The Recommender is on a roll! I love being surprised by books that I know nothing about before starting them. I stay away from other reviews and synopsis-es so nothing influences my reading, and from the very first sentence...Hollis Gillespie's "Unaccompanied Minor" had my attention and my heart! I ADORED April Mae Manning, one of the best and most resourceful 15 year old narrators you will ever come across.  She comes from an airline industry family which included her flight attendant mother and grandmother to her late airplane mechanic grandfather and pilot father and she knows her stuff when it comes to what makes a plane stay up...or come down.
Her Mom and not so nice step-dad, Ash (also a pilot),  who officially adopted April when she was 5, are now divorced and HE is the custodial parent. Thusly...April spends a good deal of time in the air, flying from coast to coast between parents. Her companion on many of these flights is another unaccompanied minor flying back and forth between parents, Malcolm, and his emotional support dog, Captain Beefheart.
I won't give away any more details because April's story is far too wonderful and gripping and smart and so, so funny and... I swear you will be able to keep a plane in the air, or take one down if you had to, after reading "Unaccompanied Minor" (and. also...I may have a slight crush on Officer Ned!)!
I wasn't familiar with Ms. Gillespie before this book, but I am now a super fan of her writing and plan to read her other hilariously titled works... plus, I saw on Amazon, and it's on my wishlist, there WILL be a sequel to "Unaccompanied"!!! Personally, I can't wait! 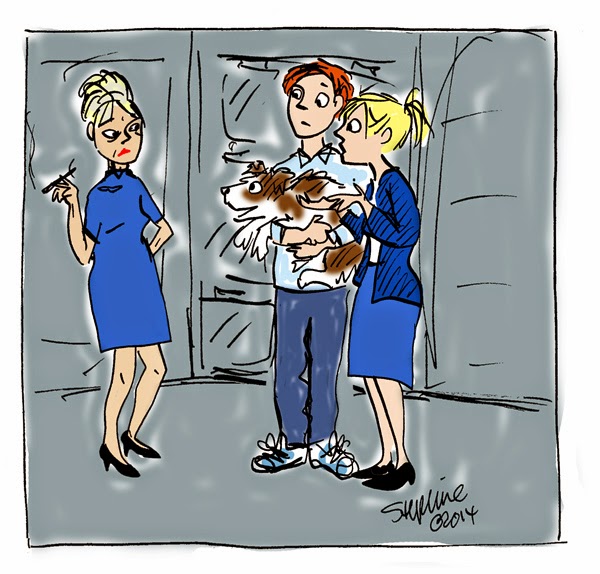