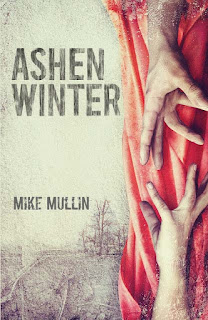 Life seems about as good as possible on Alex's uncle's farm, considering the volcanic destruction of almost everything. They are growing kale which seems to thrive in the farm's green houses and is also a great trade substance as, besides being nourishing, also has loads of vitamin C which prevents scurvy, a nasty ailment making the rounds.

Then, one day, while his aunt and uncle are away cutting wood, and Alex and Darla are working in the barn, they hear shots and screams. Four men are dragging away Alex's cousin Anna and his sister Rebecca and have beaten up his cousin Max.
Alex leaps into action, OK, maybe not such a great move, but Darla has his back... so
they are able to take out a couple of the bandits and gather some weapons from them, one of which, Uncle Paul says... belonged to Alex's dad!

Alex had put off searching for his parents, but now it looked like they needed his help, if they were still alive, that is. Darla's not so sure this is a good idea, but against her better judgement she decides to accompany him on another journey into the unknown. This time they have "bikezilla", a bicycle snowmobile hybrid Darla created. They have kale seeds for currency. And one creepy wounded bad guy to get information out of.  Will they succeed? What lies on the road ahead for the couple? And will the word "flensing" forever give you the creeps? You'll have to read this terrific book to find out for yourself. The Militant Recommender does not give away the details, so put your order in now, or reserve "Ashen Winter" from your library because you won't want to miss this incredible, terrifying and all too plausible story.
Coming soon: a brief online interview with author Mike Mullin.