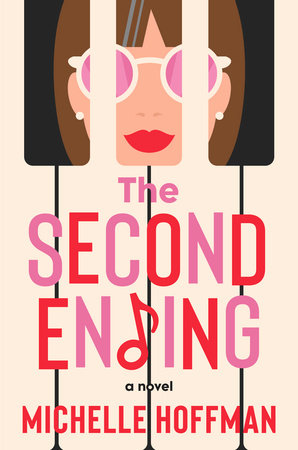 Prudence Childs was a child pianist so gifted that her talent was noticed by her first piano teacher at the age of 3. After being abandoned by her hippie parents, she was raised by her ruthless and manipulative grandmother who pushed her to become a world renowned prodigy.

But that was years ago and Prudence has become an empty nester, with both her daughters now off to college. She loved being a mom, and now is suffering from an ennui that her devoted husband is at a loss to cure. She mopes around the house accompanied by her tiny dog, turning down even his offer for her to join him on his business trip to London. Then he has an idea for something to shake her up. He tracks down her one of a kind childhood piano.

Meanwhile, Alexei Petrov, an equally talented pianist, has gone from Russian obscurity to star of a highly rated TV reality series called Dueling Piano Wars. Living in LA, he has his own emotional issues, having been guided throughout his career by his mother, who controls most aspects of his life, even from thousands of miles away in Paris.

What happens to both these amazing musicians makes this one of the most enchanting and heartfelt stories the Recommender has read in ages. Prudence and Alexei are both such delightful characters you wish they were real so could hear them play!

The Second Ending by Ms. Hoffman (a real pianist!) is a book I'll be talking about and recommending to all my favorite Library patrons! Thank you to NetGalley for the DRC! 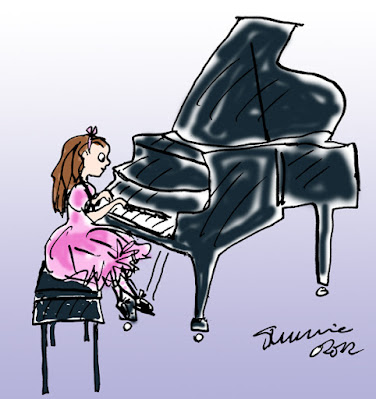 Posted by Stephanie at 4:26 PM