All You Need is Love: "Disfigured" by Wendy Coles-Littlepage 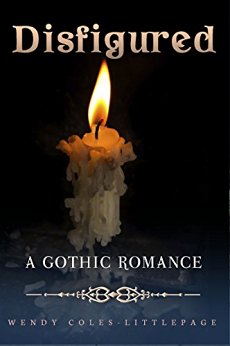 Sylvie Bessette, the narrator of this swoon-ily romantic re-telling of Leroux's classic, is an independent young woman, a divorcee', and also an orphan. Wanting to stand on her own two feet and not be dependent on any man, she rents a store-front with rooms above and sets about starting a catering business. Her hope, being the daughter of a doctor and a caring mother who was also a great cook, is to prepare meals for invalids. She renovates and supplies her kitchen and then places ads in the local paper in hopes of attracting clients.
Attract them she does! Her first client is a Doctor who arrives at her shop accompanied by a nun. He is the physician in charge of a "private" hospital. Would she consider supplying meals for nine patients and delivering them on a daily basis? It is a dream come true for Sylvie. She would make enough to keep her in business. Before this negotiation is settled, the Doctor asks her to take an oath of secrecy regarding what kind of hospital she would be working for. An oath which she agrees to. What could it mean? We shall see!
A little while later, Sylvie is shopping at the local street market, and by chance makes an acquaintance that will change her life forever. She witnesses a woman get knocked down in the street by a donkey. Coming to her aid, she invites her home to freshen up and to stay for tea. This woman is none other than Madame Giry!
Sylvie and Celestine Giry become friends. Celestine learns that Sylvie cooks for the hospital and that her clients there are scarred and disfigured. After querying her about her feelings towards these patients, and hearing that Sylvie has no problem with their physical differences, she presents the case of her friend, a man who also suffers from a "disfigurement" , and invites Sylvie to take him on as a client. She assures her that this gentleman would pay well depending on his satisfaction with her cooking. She agrees, though, once again, she is presented with a set of rules she must follow. And follow them she does. Until her curiosity gets the better of her. Who could this mysterious new client be?
Can you guess? Yes! It is Erik, the Phantom of the Opera! As she delivers his dinners to his designated spot, we see and hear about the Phantom and the events that unfold at the Paris Opera House through Sylvie's eyes.
This is a captivating concept as sometimes we only hear second-hand, as Sylvie does, about Erik's exploits, things familiar to any Phan, and that take place "off stage" so to speak. And MS. Coles-Littlepage has given us a darkly romantic Phantom, one who seems to come to life on the page, and a man that the reader (if you are anything like the Recommender!) will fall in love with along with Sylvie.
This book was recommended to me (thank you, Lisa!) and I am, in turn, recommending it to you! If you are a Phantom Phan or just someone who likes a good story, then be sure to add Disfigured to your collection! 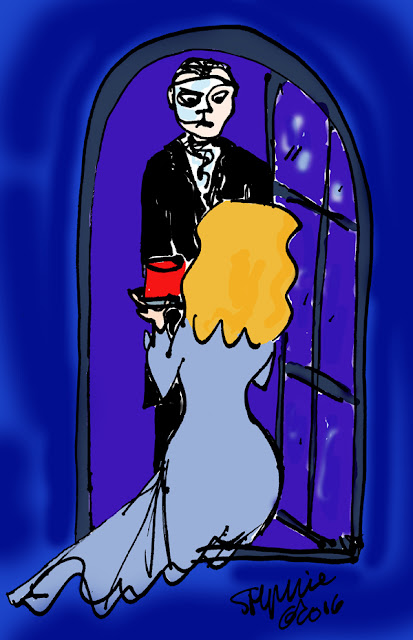