Me and My Shadow: "The Angel's Shadow" by Louise Anne Bateman 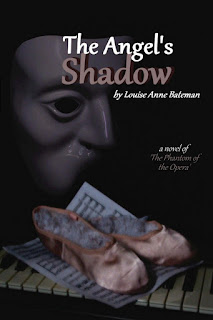 In  Louise Anne Bateman's The Angel's Shadow Meg comes out of the fiction shadows to take her place as the star of this very intriguing retelling of the Phantom's story. This Meg is a girl of contradictions. On the one hand, she is caught up in the world of ballet and the opera, a loyal friend and confidant to Christine Daae' and a loving daughter to her single Mom, ballet mistress and concierge of the Paris Opera House, Madame Antoinette Giry. But on the other, she is fighting off a darkness she doesn't quite understand, and is also a girl who acts on her impulses.
One impulse was to sneak out of the safety of the Opera House one night to meet a man she doesn't really know. When this man attempts to have his way with her... someone steps out of the shadows and rescues her. Part of this rescue is the dark figure taking care of business by murdering the potential rapist. She is grateful, but a bit concerned at the loss of life. Who is this man who was willing to kill for her? As she begins to realize that the rumors and gossip about the Opera Ghost who haunts the hidden recesses of the Opera House is, in fact, a reality, and that both Christine and her mother have connections to this Phantom, her curiosity gets the better of her, and we follow Meg as she uncovers these secrets... and so much more! For the Erik who has saved her, might also hurt her in ways she can't imagine, and yet, she finds herself continuously drawn to this dark and damaged man. And you, dear reader, will be, too! Let me just say that I am looking forward to book 2! Which I hope will be very, very soon! 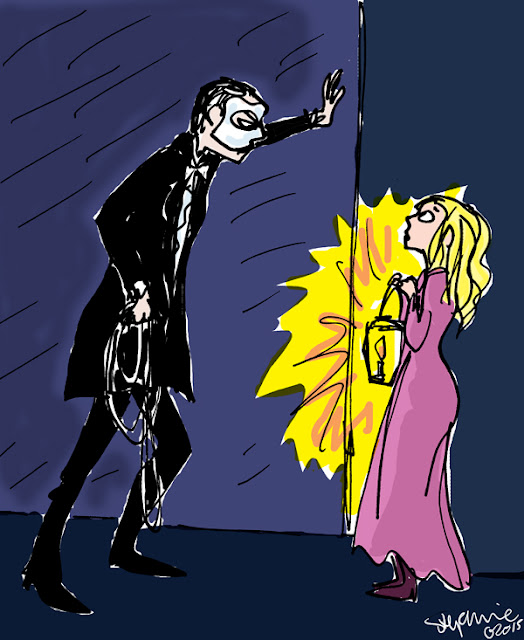