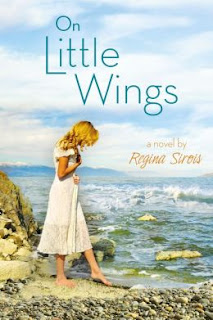 Jennifer is 16. She lives a happy life with her parents in Nebraska. She is surrounded by wheat fields and has the golden coloring of the waving grains...according to her mother, and a nose full of freckles. She has a beautiful and smart friend, Cleo, who is almost like a sister, as Jennifer is an only child. As are both Jennifer's parents.
One day, while leafing through an old paperback she comes across a photo stuck in its pages. She loosens it and pulls it out and feels like she's looking at a skewed version of herself. A golden girl in a ballet leotard leaning against a car. With a nose full of freckles.
She shows the photo to her parents, and...World War III! The photo is Jennifer's Aunt Sarah! Here she thought she didn't have any relatives. Her mother said she was an only child, and she had a beautiful big sister she never spoke of except now she is screaming and yelling things about Sarah like "She killed my mother!" Jennifer retreats to Cleo's and fills her in. "You have to call her!" Cleo insists and after scanning through the Sarah Dyers (her mother's maiden name) and narrows it down to one who lives in Smithport, Maine. Cleo gives her some privacy and Jennifer calls. A woman answers. They connect!
After a lot of argument from her mother, Jennifer buys her own ticket to go an meet her only other relative. Sarah turns out to be the most awesome relative a girl could have. She lives on the beach, has been a teacher for years and helps out her neighbor's very bright kids including Nathan, a brooding, handsome teen boy who spends time at Sarah's on a nightly basis reciting, quoting and even writing poems, essays, and whatever has words with meaning that will launch a discussion on that given evening. It's a world that Jennifer finds more and more intriguing as she uncovers her family secrets and learns her heritage bit by bit in this charming coming of age novel. If you are looking for a perfect summer book then you couldn't go too far wrong taking along On Little Wings in your beach bag! 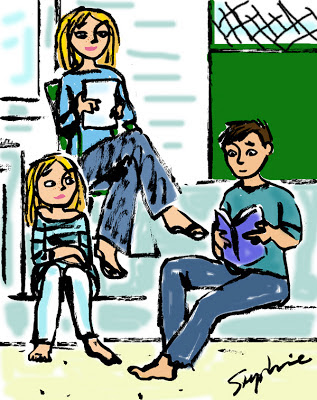 Posted by Stephanie at 9:43 AM