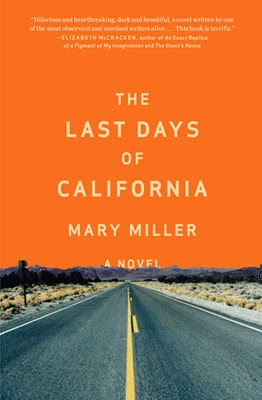 Jess, the narrator of Ms. Miller's Last Days of California, is 15 and on the road to California to be Raptured along with her parents and 17 year old sister Elise. Their Dad believes, in these end days, that California will be the last place to ascend to Heaven with the rest of their congregation who are caravanning along a different route.
As they travel  from Alabama to the West Coast and stop at motels, gas stations, fast food joints and home style restaurants, Jess questions everything, ponders life's meanings, and  wonders how others perceive her, especially boys. She tries to be a good daughter... helping her believer Dad hand out religious tracts along the way, but sometimes that's not so easy. She admires and envies the ease with which her beautiful sister seems to move through life, even though she is secretly pregnant, Jess being the only one in the family who knows.
This is a wonderful coming of age story as the reader becomes another passenger cruising along, listening to "Heaven" themed mixes on the ipod, and eavesdropping on Jess and Elise's conversations.
If you enjoyed such recent classics of teen girlhood as Jo Ann Beard's In Zanesville and Megan Abbott's The End of Everything then be sure to grab a copy or check it out at your library and enjoy this literary road trip. 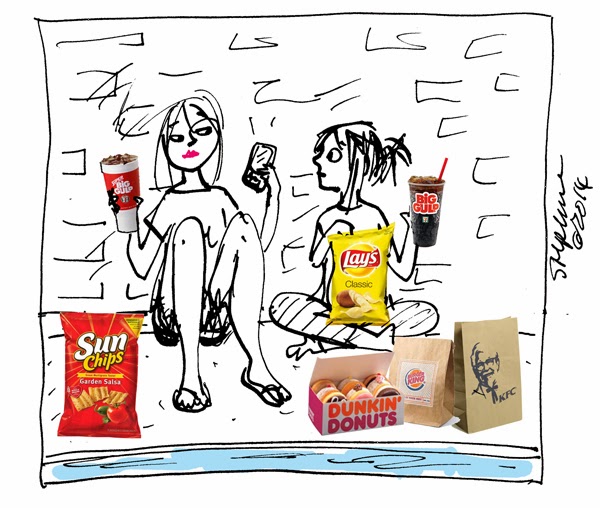 Posted by Stephanie at 6:43 PM No comments: 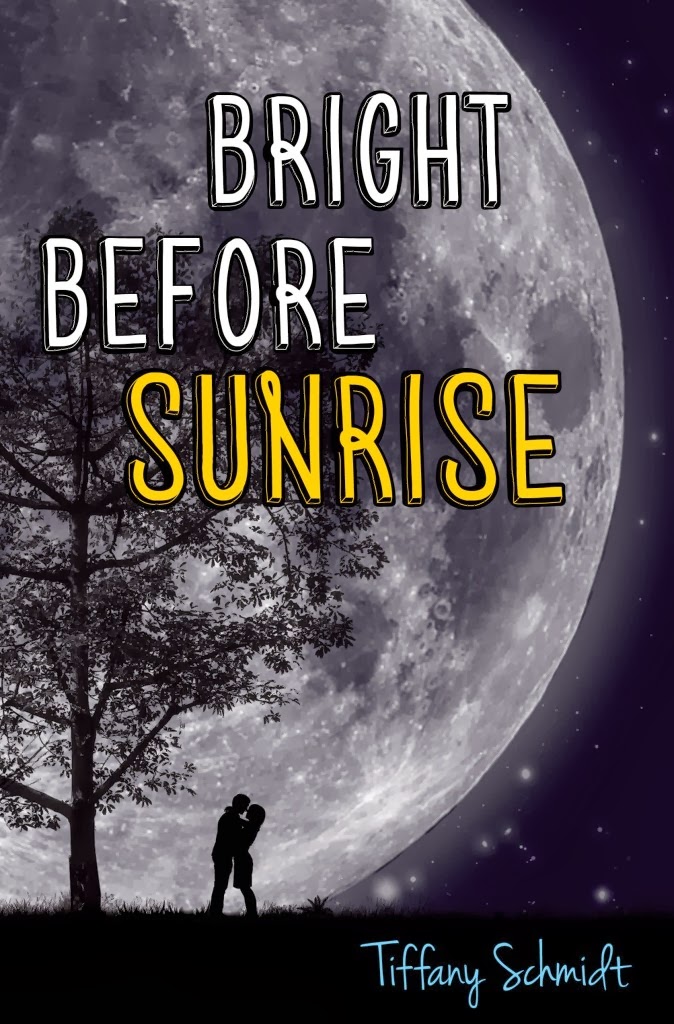 This is one of those books. The kind of book the Recommender takes a minute to see whether it is one I'll be able to slot into the reading schedule and next thing you know I'm half way into it! Bright Before Sunrise by Tiffany Schmidt is addictively readable! It takes place over the course of one very long night and is told in the alternating voices of the lead characters. Kind of a YA version of Richard Linklater's  Before Sunrise series. Jonah is the new boy in town. And he's not happy about it. His Mom and step-dad and their baby girl, Jonah's sister, have moved to the upscale community of Cross Pointe in the middle of his senior year at high school. He's left his friends, his girlfriend and his joy of baseball behind in the working class community of Hamilton. He refuses to get involved in anything at the school, and is surly towards any friendly advances from the other students, especially the super popular and pretty Brighton Waterford, a Junior girl who has so many friends competing for her time and is over-booked doing charity and volunteer work that she seldom has even a moment to relax and call her own. Partly, this is her way of dealing with the pain of a loss she's trying hard not to acknowledge.
So, when Brighton persists in trying to get Jonah to help out at a school book drive that Sunday... something he's repeatedly refused to do, somehow these two complete opposites end up spending a night dealing with events and occurrences that keep throwing them together despite Jonah's resentment and Brighton's determination to befriend him and find out the secrets behind Cross Pointe's man of mystery.
Brighton is such a wonderfully likable and sympathetic girl you can see why so many people want to be her friend. Jonah is a complex and angry boy who can't wait to get away and leave everything and everyone behind. He's also attractive, funny and smart and someone the reader will enjoy getting to know and spending time with making this one of my new favorite recommendations! If you're looking for a book that will draw you into its world and not let go till the final page... be sure to get a copy of  Bright Before Sunrise! You'll be very glad you did! 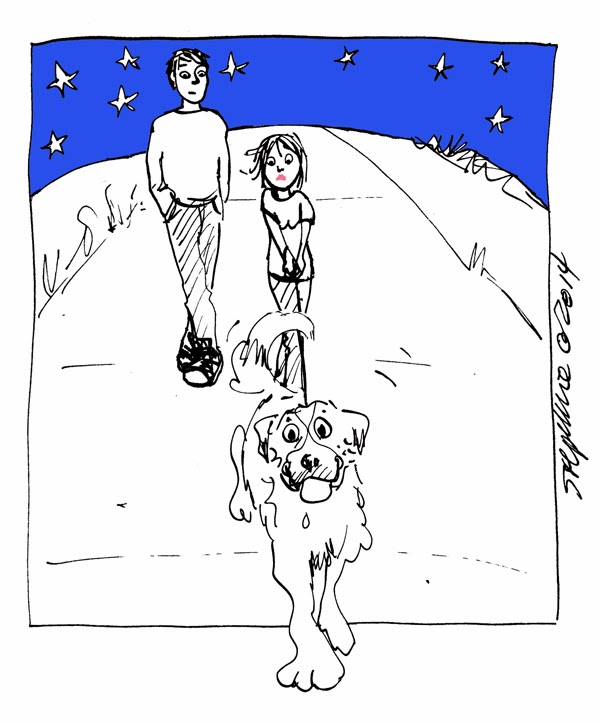 Posted by Stephanie at 3:59 PM No comments:

Back Where You Belong: "The Phantom Returns" by Stefanie Cole 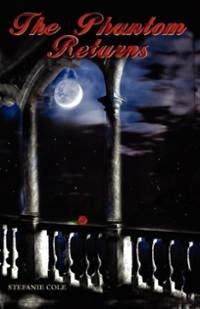 I'd heard great things about author Stefanie Cole's "The Phantom Returns" but it was one of those really hard to find titles and the ones I could find were realllly expensive, so it was on my wish-list for Christmas and I did get a "used  but like new" copy which was basically new! So, I couldn't wait to read it and let me say it was worth the wait! It is a wildly romantic and believable follow-up to what happens after. After Christine leaves the Phantom's lair and marries Raoul, that is.
We begin the story with Christine and Raoul visiting the home by the sea, where she and her father lived and played music and sang and where the childhood friends first met. While searching through some of her father's belongings she finds a trunk of his music including the "Angel of Music" which she pores over and sings... drawing Raoul's contempt. She no longer has to 'sing for her supper" he tells her. They are now Vicomte and Vicomtesse deChagny and she must live up to that title, for he gave up a lot to marry his "little Lotte" and it's up to her to prove to his family and aristocratic friends that she can fit in their social circles and is not just some opera floozy he fell for.
Sometime later, now in London, Raoul hopes Christine will be accepted by his English friends and not be snubbed as she had been by Parisian society. Making the rounds of a ballroom at one event, she escapes to the balcony outside to get some fresh air when she finds herself swaying to familiar music and then...  she sees a figure in the shadows, then feels someone caress her cheek and whisper her name. She closes her eyes for a moment and when she opens them again, he is there, the Phantom, then gone in a flash and a swirl of his cape. A red rose left on the balcony. There is a note attached. It is signed "Erik". "Erik" she breathes his name aloud. Her Angel of Music had a name. A man's name. "Who are you talking to?" Raoul demands, as he joins her outside.
What follows is a passionate whirlwind of desire and obsession as Christine must decide whether to take a second chance at the dark and dangerous love still offered to her by Erik or to live out her life in the security that Raoul provides, a titled life but one without music, a life that would slowly destroy her soul.
As for Erik, himself, he is different. He had an experience while traveling after the Opera House's destruction. An encounter with someone that completely changes his life. Will this help him to realize his dream of finally possessing the woman who he still holds in his heart? If you can find it, and it is worth the search, get a copy of the "Phantom's Return" and be prepared to give yourself over completely to this exquisite love story. 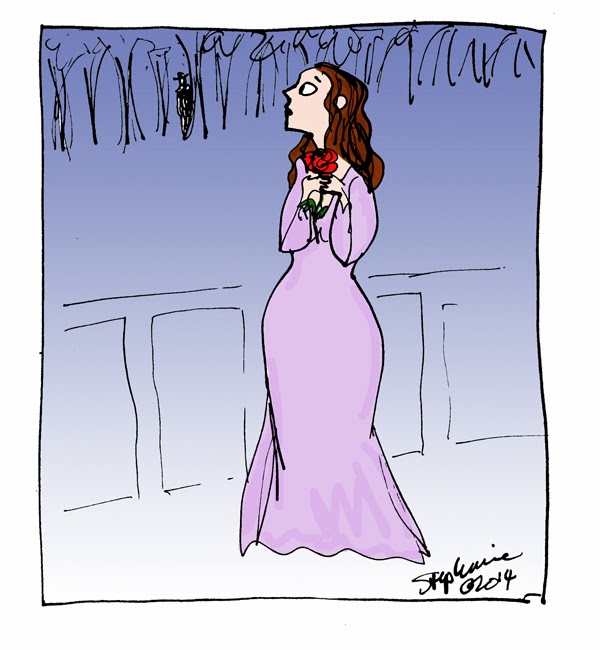 Posted by Stephanie at 9:13 AM No comments:

My Heart Will Go On: "Me Since You" by Laura Wiess 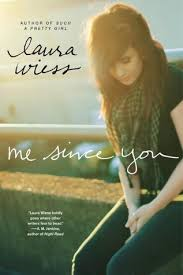 The lead character in Laura Wiess's Me Since You is 16 year old Rowan Areno who is a normal girl, an only child and happy with her life. Sure, her Dad, a policeman, is a little strict and her Mom, a librarian a little more easy going, but she knows she is loved by her parents and that gives her life stability. Her bff Nadia is more reckless and outgoing than Rowan, her parents are wealthier and she resonates entitlement. Sometimes Rowan feels lucky to have someone like Nadia for a friend but that friendship sometimes goes against her better judgment as on the day Nadia pushes her to cut class to meet up with some older boys at a local McDonalds, and then they and Nadia decide to go to the shore for the day. Rowan balks at the plan and is left behind... and who should happen by but her dad in his patrol car.
He takes her home and then gets a call, as the closest officer on duty, to a suicide attempt within view of their home. Someone is threatening to jump from the overpass. Her father heads to the scene. It's a young father with his baby strapped to him in a baby-pack. There is another young man there, a witness, who had called in the 911 call. He was walking his dog when he came upon the scene. This is the beginning of what is probably the most real, honest and heartbreaking book you'll read all year. This small act of rebellion on Rowan's part begins a chain of events that lead to repercussions she could never have imagined. You will cry, trust me.
I won't give away the details as you should allow the story to unfold in its real-time format. It is not an easy book to read because of its emotional content but don't let that stop you from getting to know Rowan who is a likable and sympathetic narrator. She pulls you in and makes you a witness to the string of tragedies that change her life. I can imagine Me Since You  becoming a Young Adult classic and one teachers and librarians will be recommending and leading discussions on for years to come.
Once again, thank you to NetGalley for the ARC. 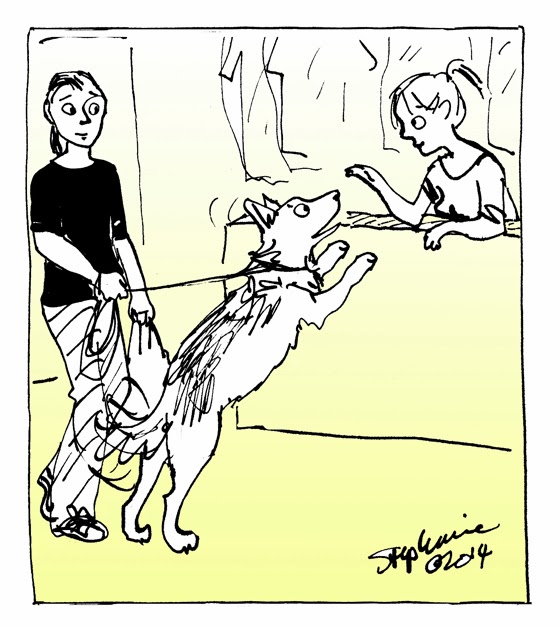 Posted by Stephanie at 3:50 PM No comments:

"From Pigtails to Chin Hairs" by Becky Lewellen Povich 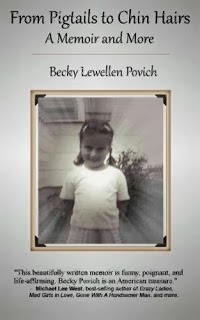 The Recommender had the great pleasure of reviewing a book by my friend and sister-blogger, Becky Lewellen Povich, "From Pigtails to Chin Hairs" a perfect title to describe this new memoir. Becky writes from the heart and her warmth resonates throughout these essays. You are on Becky's side from page one. Her life has not always been easy but she manages to look for the humor in any given situation. As she writes about her happy childhood growing up in a 1950's neighborhood, the kind of place where kids felt safe and parents didn't worry, you can picture it in all the details. I can, anyway, because that's how I grew up, too! Kids played games together outside or watched black and white TV with the family, a time when watching TV was an event! She adored her handsome father and as the youngest of four siblings got a lot of his attention when he was home from work.
But those happy times will come to an end, and Becky isn't afraid to write about her parents divorce and the hardships that the family dealt with afterwards.
Later on she becomes a young Army wife and mother of a young son who follows her husband to Germany.There is a lot more to Becky's story and I encourage you to get a copy and enjoy this wonderful memoir (it even has cartoons by you know who!), yourself, and if you haven't read her blog, before, be sure to check out here: Becky's Blog! 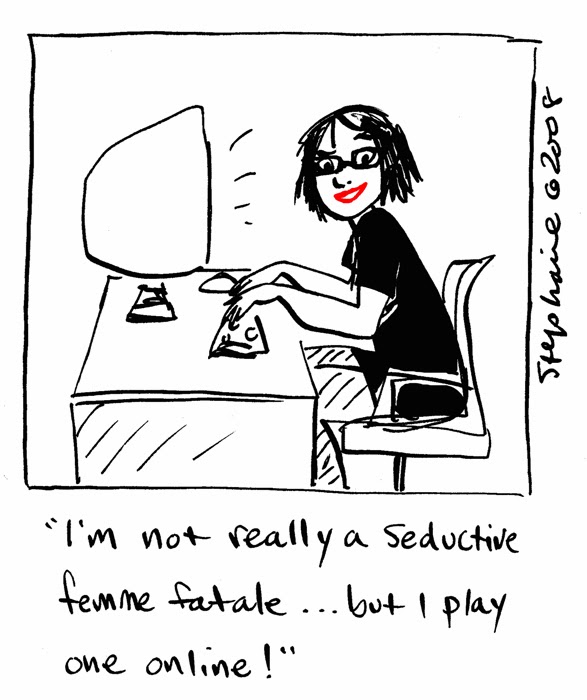