Diving in: "The Start of of Me and You" by Emery Lord 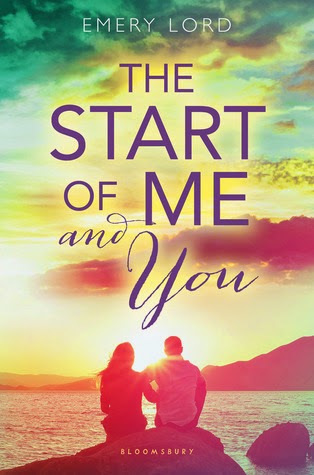 Paige Hancock is just starting her junior year of high school. For the past year she had been known by the label "the Girl Whose Boyfriend Drowned". She was the class widow, the one who got "the look" from teachers, classmates, people on the street. She was devastated by the loss of Aaron, her boyfriend, but they had only been going out for two months...
So, it was time to start fresh. She would never forget Aaron, but she had a long life ahead of her. She had three great girlfriends, divorced parents who shared time with Paige and her younger sister, and a wonderful Grandmother who she could spill her secrets, hopes and dreams to...though she did seem a little forgetful these days.
She decides to write a list, a set of challenges to help her move forward and rejoin high school society and, well, life in general. It began with the title How to Begin Again and included parties/social events, joining a new group, traveling, swimming (something she used to love but since Aaron's accident had developed a phobia about), and ... dating!
She had a boy in mind, when she wrote that word on her list. Ryan Chase. A boy who  used to have a popular steady girlfriend, was athletic... but also very kind to his sister who had recovered from cancer. And he understood what "the look" was all about because of that. One day, Ryan overhears Paige responding to someone's concerned query about Aaron. He sympathizes with her and before they part ways he tells her they would "make it a good year in Honors English" which both had on their upcoming school schedule.
Preoccupied with Ryan and finding herself seated next to him in that very English class... the teacher has other ideas and mixes the seating arrangements up, and Paige now finds herself sitting next to Max Watson, Ryan's super smart, nerdy cousin.  Was this switch going to be a let down for Paige... or the beginning of something she wasn't expecting?
Ms. Emery's characters are people you enjoy spending time with. We follow Paige as she struggles with her feelings, pushes herself in new directions and slowly relearns to embrace what life throws at her. 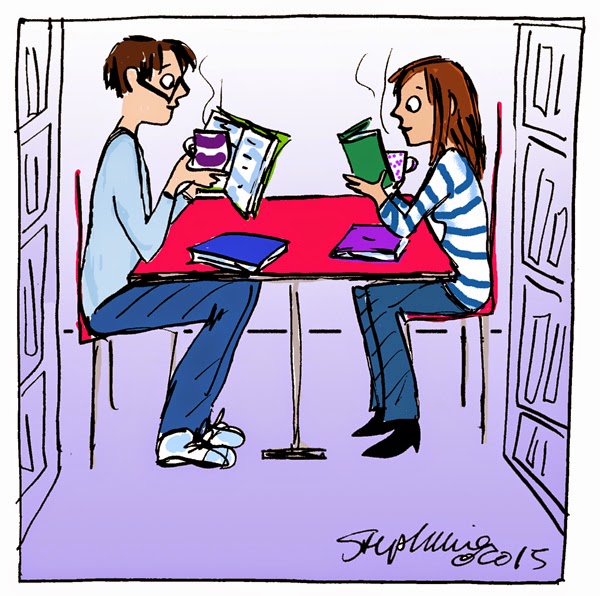 Lean on Me: "Goodbye Stranger" by Rebecca Stead 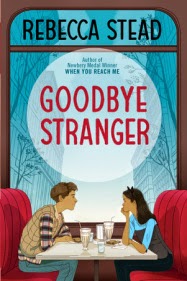 When Bridget Barsamian was eight years old, she roller-skated into traffic and later woke up in the hospital where the doctor told her she shouldn't be alive, and later, a nurse commented that she must have been put on earth for a reason.
She missed third grade, went through numerous surgeries...and skip ahead a few years and here she is, starting 7th grade. On the third Monday of the new school year, she started wearing a headband with black cat ears attached to it, that seemed to become a comfortable part of her personality.
Bridge is such a wonderfully realized complex girl as are her closest friends, Tabitha and Emily. They have been friends since the fourth grade when Bridge came back to school after her recuperation from the accident. They decide they should be a 'set" of girls who do things together such as drawing on the corners of their homework and later, as their friendship grows over the years, they become the set of girls who never fights.
Goodbye Stranger is also the story of Bridge's brother, Jamie, and of a mysterious un-named alternate girl narrator, and of Sherm Russo, a thoughtful boy who becomes something special to Bridge. Possibly, a best friend.
These girls (and the boys) grow and experience new challenges and ethical dilemmas over the course of the year. As they struggle for acceptance from peers, try to do the right thing and just learn about themselves we come to love them and fear for them and cheer them on in the right directions. These are the kind of kids you'd want to hang out with if you were in 7th grade. And this is a book the Recommender loved so much she just wanted to hug it! I'm betting, once you read it, you will, too!
* Note: This book comes out in August, but I wanted to help get the word out. Thanks to NetGalley for the DRC! This great song by Bill Withers compliments this wonderful book!
(thank you, Youtube)

Posted by Stephanie at 6:02 AM No comments: